Apollo 11: the Voyage to the Moon 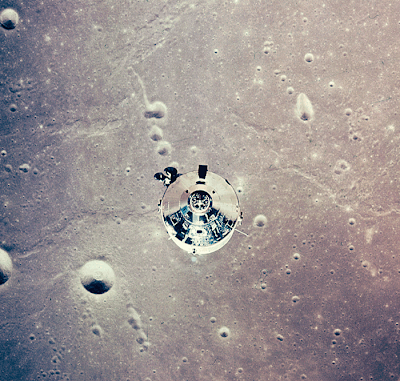 The Apollo 11 astronauts spent July 17, 18, and most of the 19th on the way from the earth to the moon. Not much on the official timeline. But think, for a moment, about what that was like. Three men in their tiny spaceship, a hundred thousand miles from home, nothing between them and the cold death of space but a thin sheet of metal. Just to sit through that and arrive ready to work at the other end was a feat of emotional control.

Meanwhile, some links, since everybody is celebrating.

At this site you can follow the mission in 40-year-delayed real time.