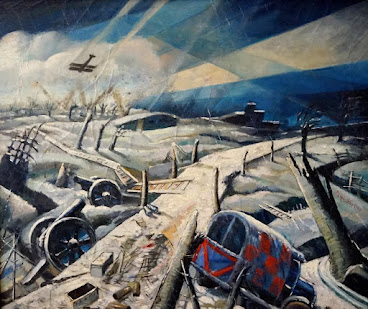 British artist Paul Nash (1889-1946) did a wide variety of work but is best known for his war paintings. He tried to sit out World War I on "home service" – the National Guard, is US Vietnam-era terms – but in 1916 he was called to active service and sent to officer candidate school. By February 1917 he was in the trenches of Flanders. 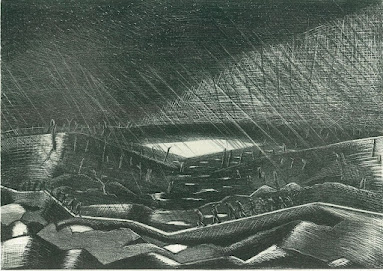 A relatively quiet few months in the region spared him the full intensity of the Front, before he had to be airlifted back to London an invalid after falling into a trench. A few days later, in an assault on their position known as Hill 60, most of his unit was killed. While recuperating for his injuries, Nash produced a series of drawings, working from sketches made at the Front, and exhibited them in June to a positive reception. Encouraged by the response he successfully applied to become an official war artist, and in November 1917 returned to the Ypres Salient as a uniformed observer complete with batman and driver. After six weeks at the Front, working at a frantic pace and taking frequent risks to get as close as possible to the action, Nash emerged with what he described as "fifty drawings of muddy places". 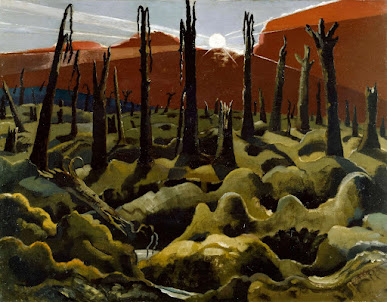 These became some of his most famous paintings. Above, Making a New World, 1918. 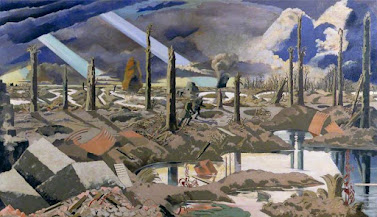 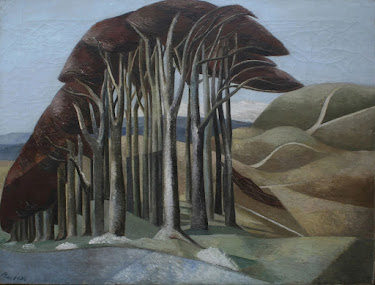 After the war Nash went back to painting landscapes in a modernist vein; this is, Wood on the Downs, 1930. 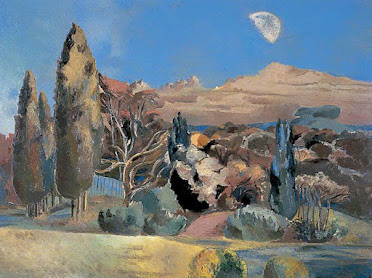 Landscape of the Moon's First Quarter. 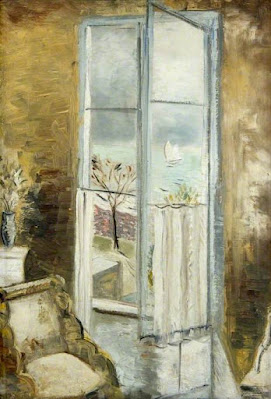 Through a Window, Rivera. 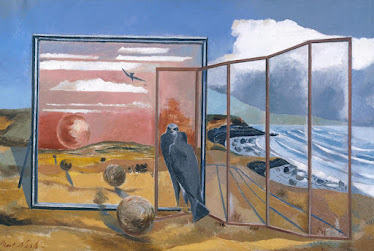 When Surrealism was the thing, Nash tried his hand at Surrealism; this is Landscape from a Dream, 1936. Fortunately this was a relatively brief phase. 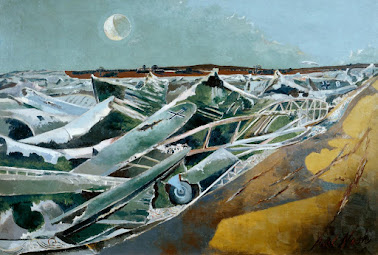 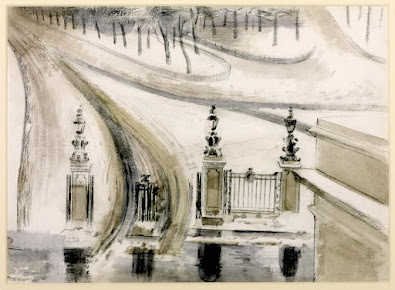 And one more, London, Winter Scene No. 2, 1940. Nash died of complications of asthma, which reminds me how lucky I am to live in an age when medication makes even fairly severe asthma more of an annoyance than a disability.