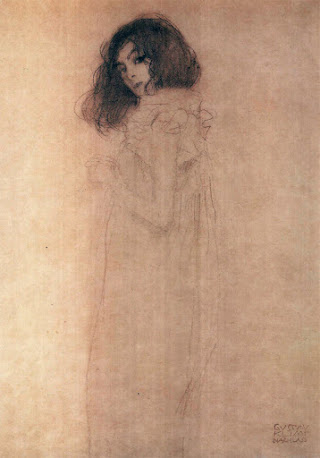 Yet another fusion company backed by big money: TAE Technologies, which is supported by Google, the Rockefellers, Paul Allen, and Goldman Sachs. I would like to think that all those smart, rich people must know something I don't to be investing so much in fusion, but I still don't see this working any time soon.

The Dutch government buys a mediocre Rembrandt for 150 million Euros.

7-minute video from Boston Dynamics showing off the capabilities of their latest human-shaped robots.

IBM has been sued for age discrimination, and trial discovery has turned up corporate emails about hiring more millennials and making "dinobabies" (older workers) extinct. In their defense they say the average age of their employees is 48 and has not changed in decades, and they have hired 10,000 employees over 50 since 2010. Seems to me both could be true; certain corporate leaders could be trying hard to get rid of older employees and replace them with younger people, and this initiative might, like most corporate initiatives, be having no effect. (NY Times)

Back in 1890, three carved chalk cylinders were excavated from an old grave in England. They are known as the Folkton Drums, but nobody knew how old they were and they were filed away under "unexplained, undatable things.". Now a very similar object has been found in another burial, radiocarbon dated to around 3000 BC.

What did Ninjas actually do? According to our Japanese sources, one mission was to sneak out of castles under siege for stealthy raids on the besieging force. Now archaeologists excavating a castle that was taken by siege in 1590 have unearthed a cache of throwing weapons that look a lot like the Ninja weapons of modern movies.

Trying to unravel the mysteries of a blackboard doodled on by physicists at a 1980 conference, which Stephen Hawking insisted on leaving untouched until his death in 2018. It is now going on display in a museum exhibit. Is there any science in it, or just inside jokes?

William Saletan on 25 years at Slate: "In the old days, there was a lot of hope that the information age would make us smarter. It didn’t."

Some European scholars tried to estimate the death rate during the first Black Death (1348-1349) using pollen cores, on the theory that the amount of land taken out of cultivation would approximate the population decline. They found major variations across Europe. Populations fell dramatically in Scandinavia, France, SW Germany, central Italy, and Greece, but not in Iberia, Ireland, or eastern Europe. Interesting but understanding landscapes from pollen is an iffy business and some times ponds a few miles apart give quite different results.

The "Russian flu" of 1889-1890 caused a pandemic somewhat similar to he current one, then vanished after three years. Some virologists think it was a coronavirus, which would bode well for our fate. (NY Times, wikipedia)

Wildlife at Chernobyl: some studies say it is thriving in the absence of people, while other studies find increased mutation loads and declines in many species.

Frank Bruni on the hidden pains and struggles the people around us may be going through; one of the most cheerful-seeming and impressive men he ever met committed suicide. (NY Times)

San Francisco voters recalled three school board members who were seen as more focused on renaming schools and other "woke" issues than keeping schools open or educating anyone. One flash point was a shift to an admissions lottery at an elite high school. Asian voters seem to have turned out in unusually large numbers. If the Democrats don't moderate their message I foresee a mass shift of Asian Americans to the Republican party (NY Times, NPR)

Below the headline radar, a bunch of bipartisan bills are making their way through Congress.

Two big foundations have promised $41 million for research aimed at developing a new kind of economic thinking that would get us away from free markets and Neoliberalism. Their paradigm seems to be the way that Chicago School economists made free market thinking intellectually powerful and important in the 1960s, which helped lead to political change under Thatcher and Reagan. I wish them luck, but this is a 250-year-old debate and finding a new angle on political economics is not going to be easy. The money is also pretty small when you consider that another group of foundations just announced $328 million to reduce methane emissions. (NY Times. And here are the program and a longer manifesto of one of the foundations, and an announcement from the other.)

Landscape Photographer of the Year winners.

Educated French Muslims are leaving France for Britain and the US, saying they face less discrimination in those countries. One says, "It’s only abroad that I’m French. I’m French, I’m married to a Frenchwoman, I speak French, I live French, I love French food and culture. But in my own country, I’m not French." Some interviewees pointed to the terrorist attacks of 2015-2016 as the time when it became impossible to live as a Muslim in France, which I think is a good model of what terrorism usually accomplishes: anger, hate, and maimed lives. (NY Times)

There is bipartisan interest in Congress in fixing the Electoral Count Act to avoid another mess like we had in 2020. But Yuval Levin says it is proving hard to agree on an actual bill because somebody has to be responsible for the count. Reforms that limit the power of state officials to meddle tend to increase the power of Congress to meddle, and vice versa. Ultimately we have to trust somebody.

The last fluent speaker of another language passes away.

Kevin Drum calls on mainstream Democrats to stand up for what they believe in.

William Saletan on 25 years at Slate: "In the old days, there was a lot of hope that the information age would make us smarter. It didn’t."

How does one define "smarter"? If Saletan thought that the internet would somehow magically increase people's intellects, that's... sort of an insane thing to think.

Did he expect the internet to make people better educated? Because it has, at least on the individual level. Making it easier for people who want to learn to find the information they are looking for, generally is going to increase how much those people know (up to a certain point). But if Saletan thought that society as a whole was going to become better educated because of the internet? Then he doesn't understand what the real limiting factors of knowledge and education in a society are.

People overall are dumb and uneducated because they choose to be. We had libraries before the internet; we had educational television and home videos; we had all sorts of educational resources available to the people who wanted to use them to learn things. Sometimes access was a limitation, particularly for the poor, but overall, most Americans had every opportunity to learn - they just didn't bother to do so.

The real problem is that our society and our culture simply doesn't value education. The great Isaac Asimov once put it rather neatly:

“There is a cult of ignorance in the United States, and there has always been. The strain of anti-intellectualism has been a constant thread winding its way through our political and cultural life, nurtured by the false notion that democracy means that 'my ignorance is just as good as your knowledge'.”

The internet is just a tool, like a very advanced and convenient card catalog and library collection. It puts the world's information at your fingertips, but it can't make you care enough to look things up; or to question your assumptions; or to question what you read and seek out competing viewpoints; etc.

We just don't give a damn. In fact, we're actively encouraged not to. We're directly taught by society that experts are not to be trusted; that facts aren't as important as feelings; that logical fallacies and arguing in bad faith are how you "win"; that the very point of having a discussion is to separate out competing "winners" and "losers" instead of promoting learning and cooperation and mutual benefit for all.

The problem, as ever, is the same it always has been: garbage in; garbage out.

On two occasions I have been asked, "Pray, Mr. Babbage, if you put into the machine wrong figures, will the right answers come out?" ... I am not able rightly to apprehend the kind of confusion of ideas that could provoke such a question.

It's not a hard concept to grasp. No matter how impressive the internet is as a tool for educating people, if you expect it to educate people who don't want to be educated, you're in for a terrible disappointment.

We keep making this idiotic mistake. A new technology comes along, and we expect it to make humanity better. But that's impossible. Humanity has to make itself better.

And here I am sitting, watching, and waiting for the robot to smack the guy with the hockey stick.

Those landscape photos are a feast for Bing