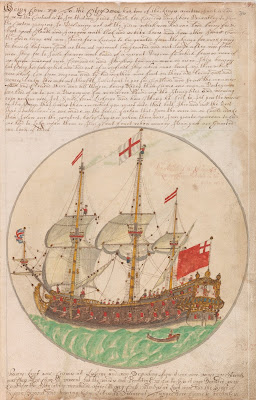 Edward Barlow was an English sailor who kept a journal throughout his long career at sea, which lasted from 1659 to 1703. He has lately been in the news because conservators working on the volume discovered that two pages had been taped together to conceal a family secret: Barlow's relationship with his wife started when he raped her. But to me that was a lot less interesting than Barlow's amazing paintings. 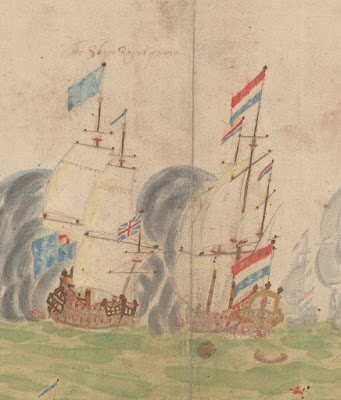 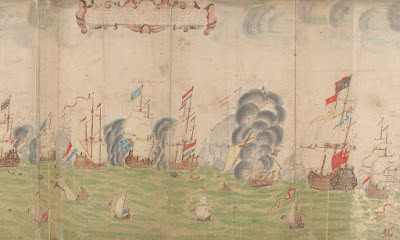 The volume is now in the National Maritime Museum at Greenwich. Above, battle during the Second Anglo-Dutch War (when New Amsterdam became New York). 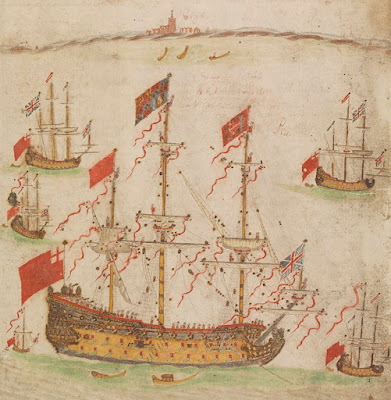 A voyage to the Indies. 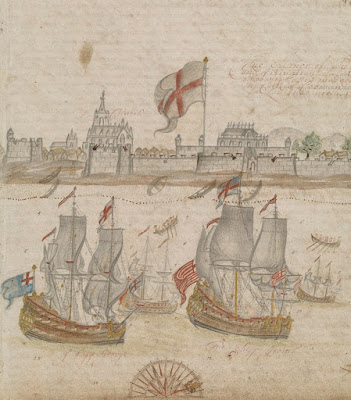 Ships at a European "factory" in India. 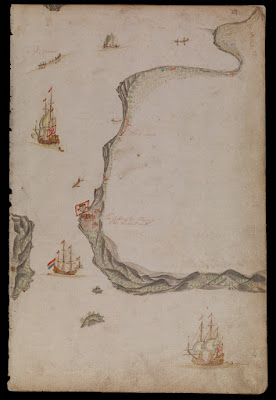 After looking at these I resolved to read at least a sample of Barlow's adventures; I thought, the man wrote with great honesty about rape, about which he felt great remorse, so perhaps he wrote with great honesty about other things in his life. The journal has been published but I have only managed to find a few snippets online. They seem very matter of fact. Perhaps it was in art that his real feelings for the sea and ships came out.
Posted by John at 6:53 PM

"Ships at a European "factory" in India."

Fun fact - I'm only familiar with this usage because of the Canadian community of Moose Factory, in Ontario, the name of which amuses and delights me.