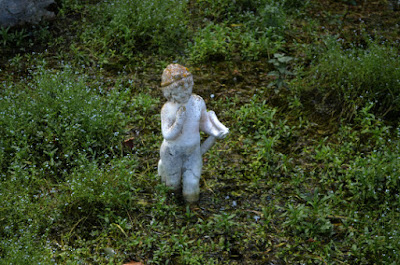 Dion at the foot of Mount Olympus was once the royal sanctuary of Macedonian kings; now it is an archaeological park and museum. 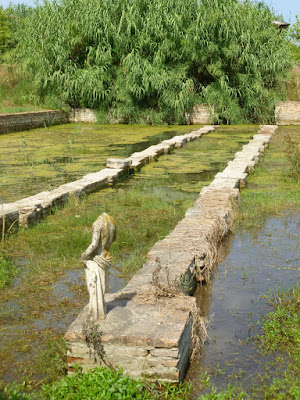 Unlike most Greek sites the place is very damp, and indeed as many people come for the birds and wildflowers as for the ancient remains. This is the now drowned sanctuary of Isis, with a statue of the Nile. All the statues on the site are replicas of originals that have been moved to the museum. 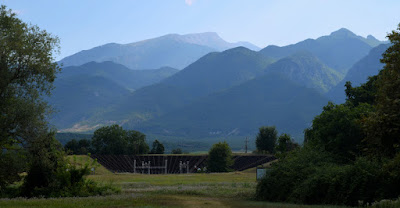 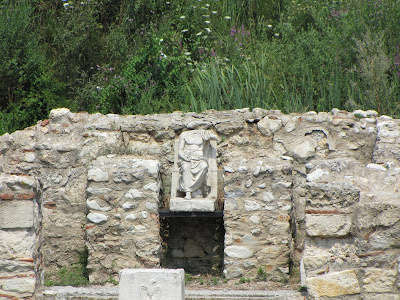 Zeus. The main sanctuaries were those to Demeter, Zeus, Isis, and Asklepios, but there were numerous lesser shrines as well. 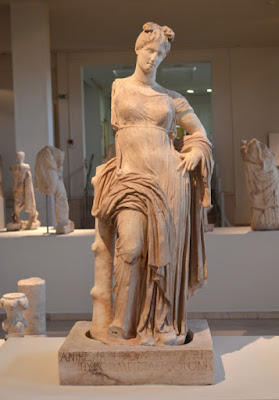 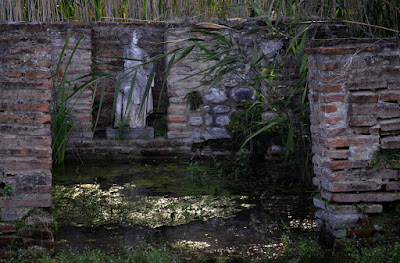 Aphrodite at the Foot of the Mountain, in the museum and on the site. 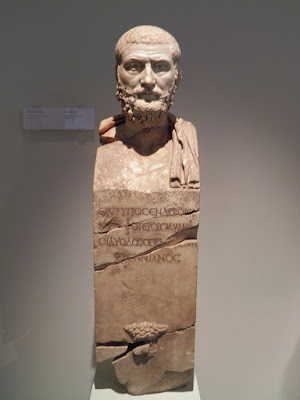 Hermaic statue of a philosopher. 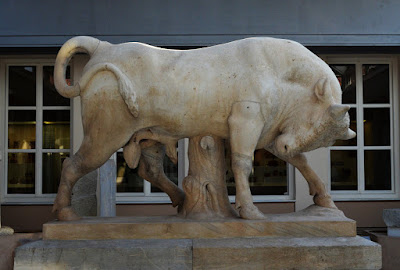 Huge statue of a bull. 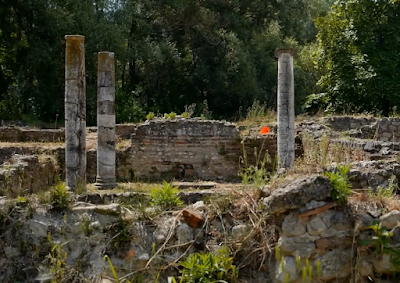 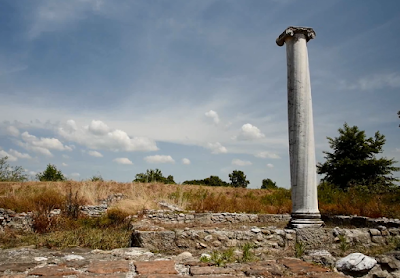 View of the site. 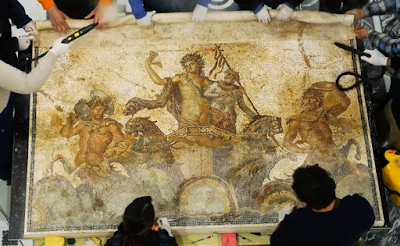 Excavations have recently focused on a grand Roman period villa known as the Villa of Dionysus, which has spectacular mosaics. This image comes from a lovely video by Konstantinos Arvanitakis showing how the mosaic of Dionysus in his chariot was moved from the site to the museum. 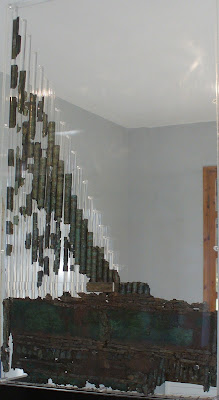 And behold the most spectacular find from the site, the copper pipes of the world's oldest water organ. 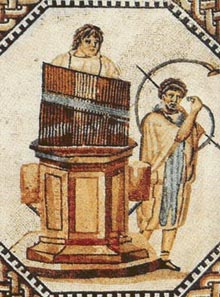 The water organ or hydraulis was a musical instrument invented by the engineer Ctesibius of Alexandria in the 3rd century BC. The one at Dion was found in the waterlogged part of the site, hence the preservation. 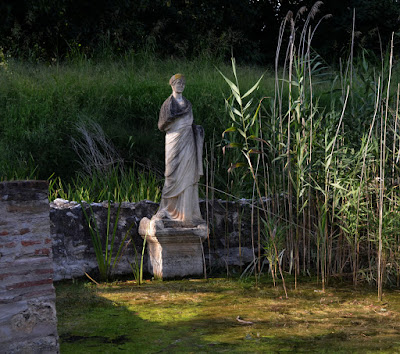 Seems like an amazing place to stroll among ancient ruins, serenaded by frogs, accompanied by dragonflies and blackbirds.
Posted by John at 7:53 PM