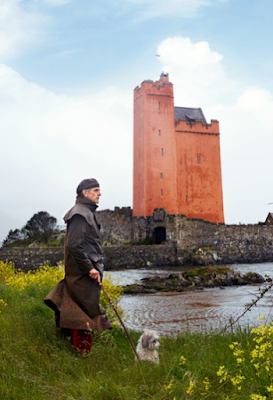 
A few years earlier, he and his wife, the actress Sinéad Cusack, had bought a modest getaway cottage that sits along the river Ilen, which winds through the western part of Ireland’s County Cork. They fixed up the cottage and named it Teach Iasc, Irish for Fish House. (The couple make their main home in Oxfordshire, England.) With their two young sons, Sam and Max, they spent many a day exploring nearby islands and waterways by boat. The ruin of Kilcoe, about 10 minutes away, became a favorite picnicking spot, where Irons and the boys enjoyed scampering up the walls to view the bay from perilous heights.

Around 1997 the thought occurred to him that he might look into buying Kilcoe and bringing it back to life. Doing so would present precisely the sort of challenge that he craved. Furthermore, he had just completed Lolita, Adrian Lyne’s film adaptation of Vladimir Nabokov’s ever radioactive novel of a teacher’s affair with a pubescent girl, “so,” Irons dryly told me, “I knew things would be slower.”

So he went ahead and bought it. 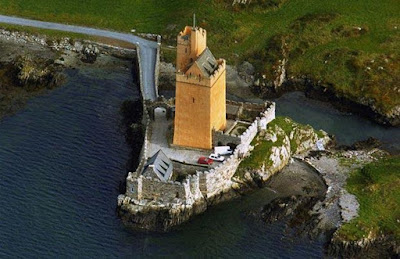 Kilcoe Castle is on an islet in Roaringwater Bay, south east of the village of Ballydehob in County Cork in Ireland. It was built in the 1450s by the Clan of Dermod MacCarthy. For the next century it led a peaceable existence, but in the intense fighting of Elizabeth I's reign it was besieged three times. The last time, in 1603, it was taken and sacked by the infamous Captain George Flower. (Who reported of this expedition, "We burned all those parts, and had the killing of many of their churls and poor people, and left them not any one grain of corn within ten miles of our way.") After that attack the castle was mostly abandoned and slowly moldered away. 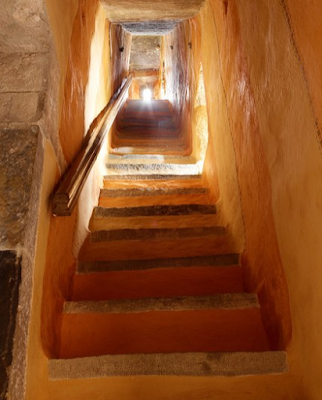 It took ten years for Irons to make the place livable. He won't say what he spent but it must have been millions. 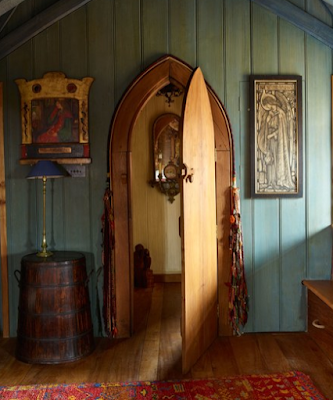 Irons comes across in interviews as an aristocrat with antisocial tendencies, disdainful of public opinion because he is so certain of his own identity and worth. Some locals protested when Irons had the tower painted that peachy gold color, but Irons of course ignored them. (Originally the castle would have been whitewashed, like most Irish tower houses in that period. Think about how garish that would seem now.) 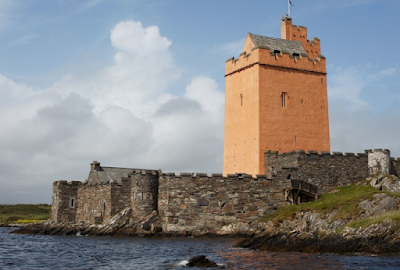 More opinions, from the Independent's 2008 piece on the castle:


On abortion: "It's evil."
On the Catholic Church: "I love its intransigence."
On the gender of his castle: "It's feminine. I felt hugged by it when I arrived last night."
On 30 years of marriage: "I take it a day at a time."
On modern Ireland: "I'm saddened by how everyone is chasing worldly goods and the churches are empty." 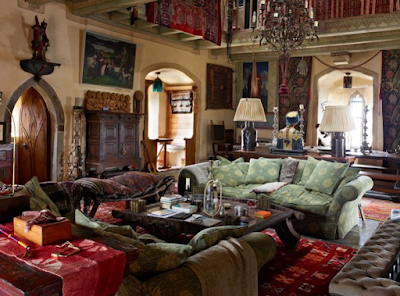 The restoration is not supposed to be authentic; Irons says "It's a jazz riff on the medieval." Above, the Great Room. 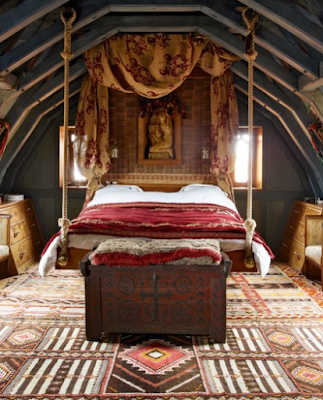 The lord and lady's bedchamber. 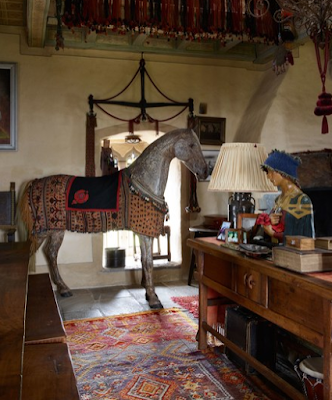 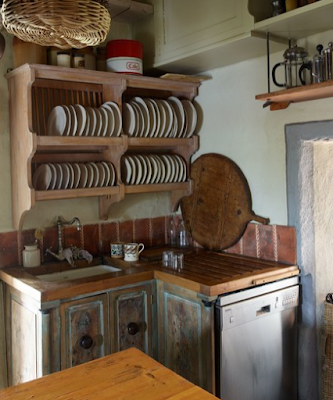 More. What an amazing place. More pictures at Vanity Fair. 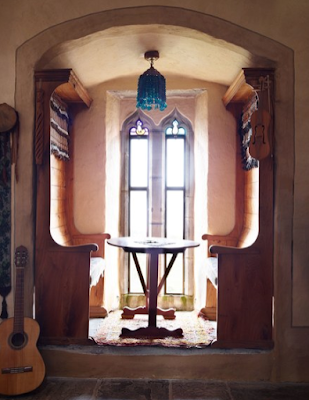 I like to think I have a pretty robust English vocabulary, but happily I got to "intrasigence" to the collection today.

I also like how the man who spends millions on a literal private castle laments people "chasing worldly goods".

I also wonder if he has considered that perhaps the churches he laments being empty are that way because of the very intransigence he loves about Catholicism?