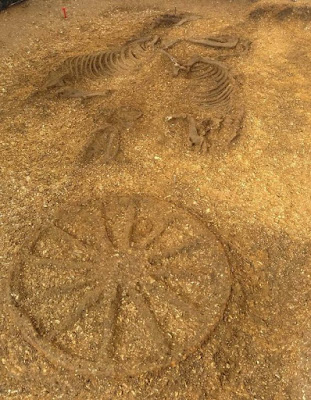 It was recently announced that archaeologists working in an Iron Age cemetery near Pocklington, Yorkshire, had unearthed this chariot burial. It's one of about twenty that have been found in Britain, and one of the few to have been completely excavated by professionals. Note that the wooden wheel in the image above had completely dissolved, leaving just the iron rim and a stain where the other parts had been. The other wheel had been higher up and was probably destroyed by plowing. 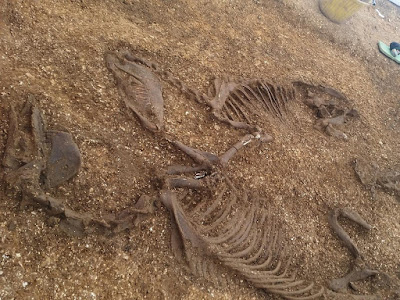 The horses. The burial has not yet been dated but the cemetery as a whole dates to between 800 and 100 BCE. 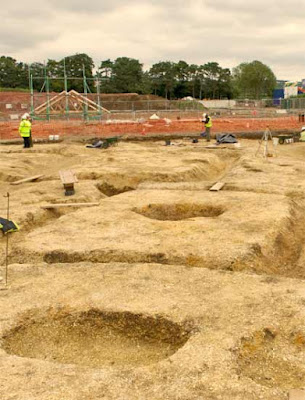 Excavations at Pocklington have been going on for a couple of years now. The current estimate is that 142 people were buried here. 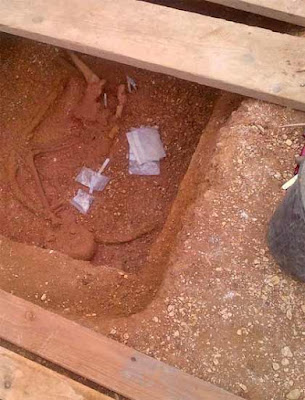 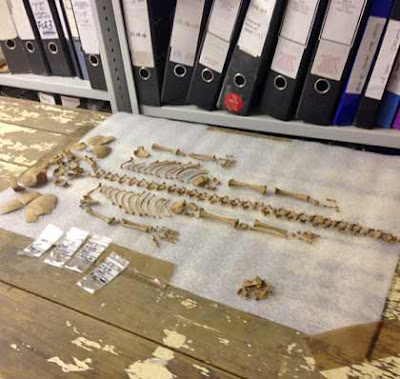 A burial in the ground, and another in the lab. The bones are fairly well preserved, and a major campaign of forensic study and DNA analysis is planned. But if you take a close look at those bones in the lab, you'll see that one part that is not well preserved is the pelvis. This is a very common problem, and explains why archaeologists argue so much about the sex of skeletons. (No, the spine didn't extend down past this child's feet; it's just laid out strangely.) 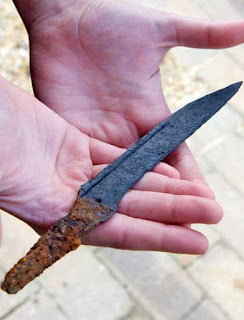 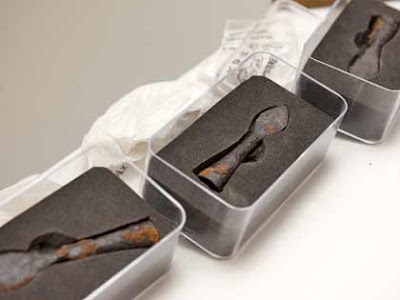 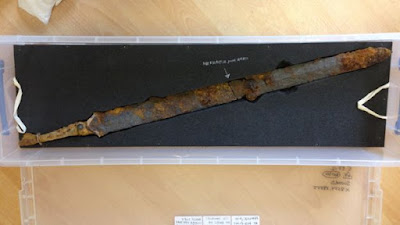 Quite a few weapons have been found, such as spear heads, daggers, and one longsword. 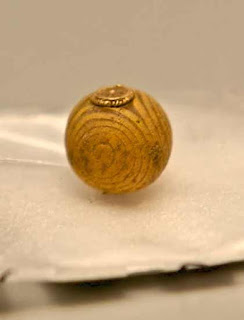 A glass bead with gold inlay. 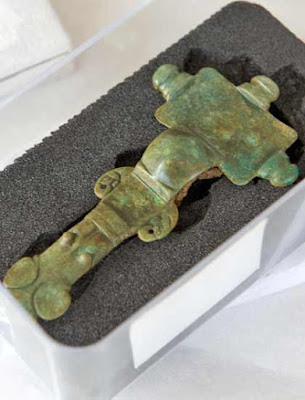 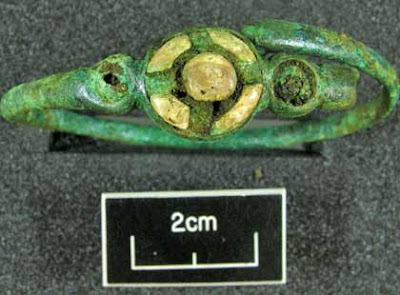 Other jewelry. It's an amazing find, especially when you consider that it was made randomly, when archaeologists were called in to survey the site of a planned housing development.
Posted by John at 4:25 PM