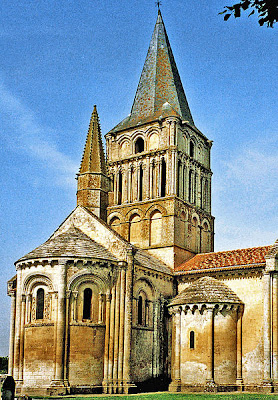 The Church of Saint Peter-of-the-tower at Aulnay in western France is one of the great gems of the Romanesque style. It is located along one of the main pilgrimage routes from northern France to Santiago in Spain, and this may explain why it was built. 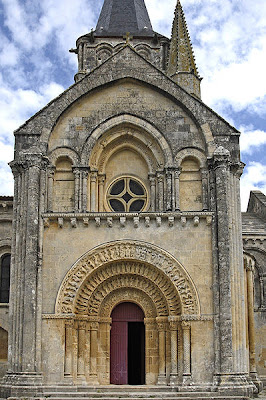 It was a parish church but in 1122 it was acquired by the cathedral chapter of Poitiers. The canons of the cathedral embarked soon afterward on the construction of this ambitious church. 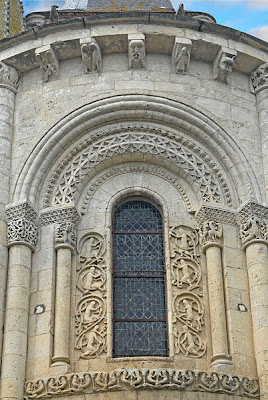 It is not that the church is so big, although it does have an impressive tower for a parish church in a small town. In its basic plan it resembles many other Romanesque churches of the region. The glory of the church is the astonishing stone carving. At least three different groups of carvers were involved, possibly in sequence over several decades, although this is not at all certain. The carvers who did this impressive doorway seem to have been influenced by Islamic stone carving, possibly in Spain. 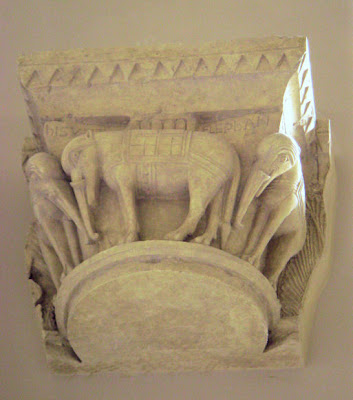 The elephants and camels are another exotic touch. 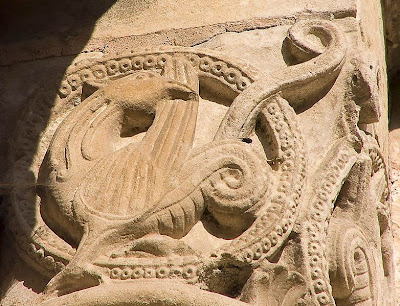 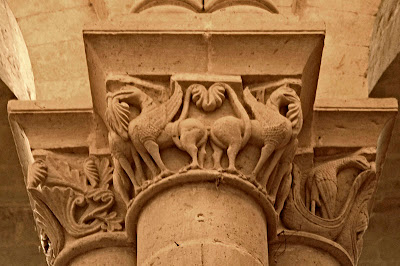 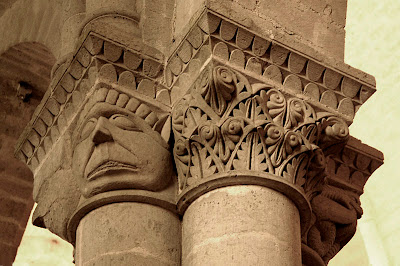 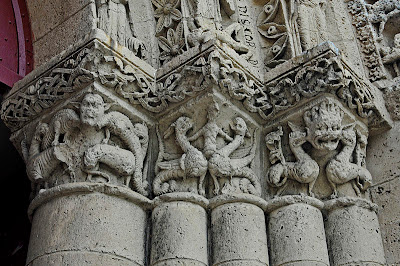 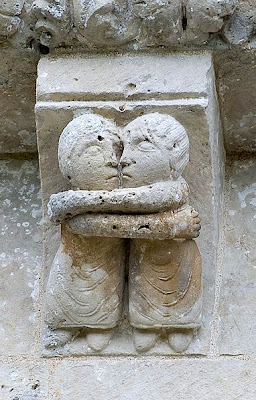 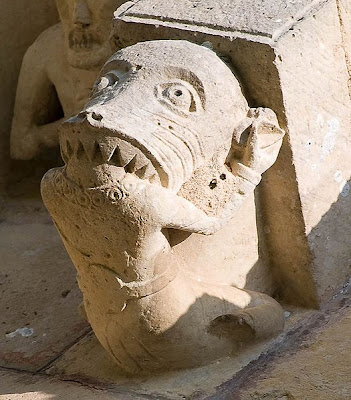 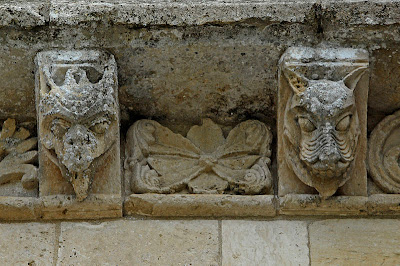 The numerous small figures over the windows are equally diverse. 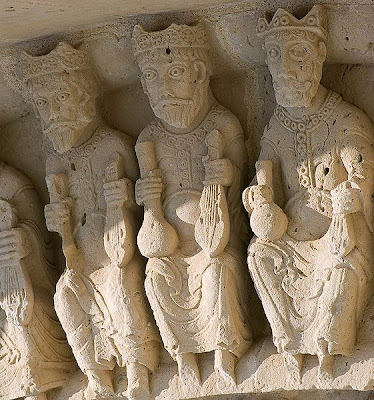 The church has little in the way of history -- in fact that is part of why so much of its sculpture survives. It somehow managed to avoid damage during the Hundred Years War, even though it was close to bitterly contested areas, and it was bypassed by the Wars of Religion and the Revolution. It is a magical, nearly intact survival from a time long ago. 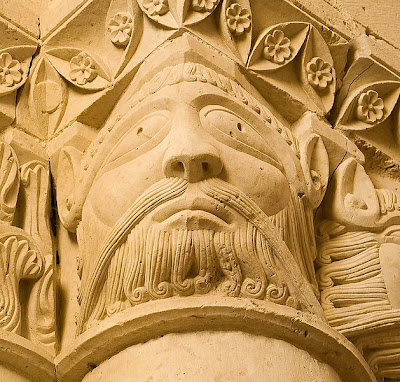 I can't find much on this church in English, but there is a long account at French wikipedia.
Posted by John at 6:27 PM

You will find a long article on the sculptures at Aulnay at www.romanesqueheritage.com in English. Look at the articles on Romanesque churches in France