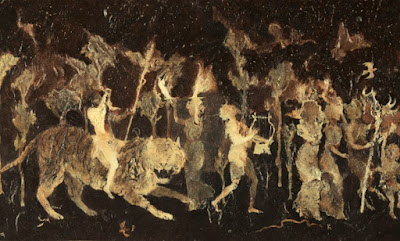 Denis Forkas Kostromitin is a Russian artist who currently lives and works in Moscow. He was born in 1977 in the Volga River town of Kamyshin. By his own account he escaped from a bleak upbringing into the study of Greek and Egyptian mythology, alchemy, and other esoterica. 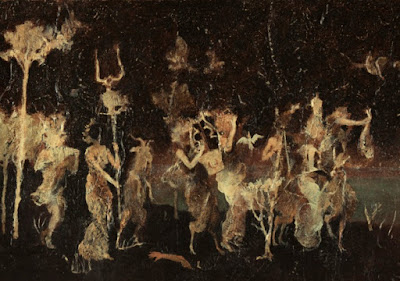 I was led to him by this amazing "cartoon" (above and top) of Dionysus and Ariadne (2015), which has spread widely across the art blogs. 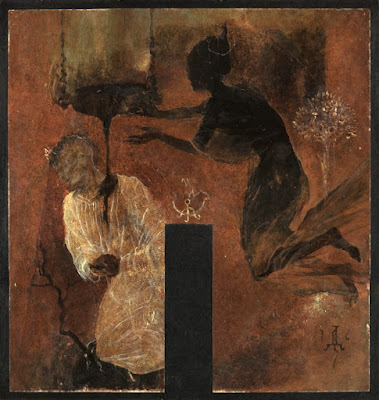 This work is titled Between Two Worlds: Study for a Recurring Dream of Ichor Baptism Fashioned as a Portico Fresco Cartoon, 2016. Kostromitin posted it his Facebook page with this explanation:


I have experienced the vision twice so far: in my childhood (around 1984) and last autumn.

I enter a concealed pavilion and immediately hear a soft female voice speaking an unknown language. There is something about the timbrе that robs me of my will power and I gradually lose control over my body. The sermon brings me to my knees and pulls towards an imposing figure of a pitch black priestess - her features and details of her attire flattened by uniform blackness. I realize before long that the voice is no more and the scene is now drowned in a solemn silence. The lady tends to a peculiar suspended vessel and places it directly over my head. At her slightest touch it tilts and a warm, living substance pours down upon me. It covers me whole and eventually locks my body in this hard resin shell. Panic surge is quickly replaced by the most glorious sensation of myself imploding within the shell and falling endlessly through the soul’s looking glass into the unknown. 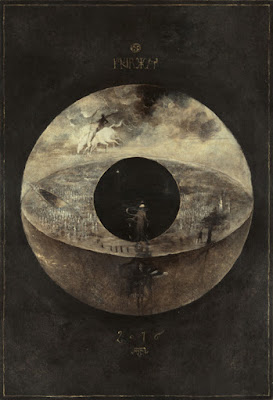 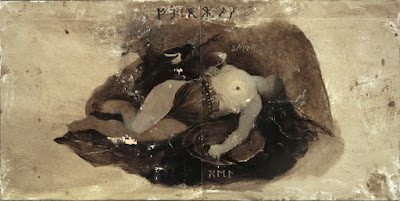 Two pictures from a series on Baldr's Dream. 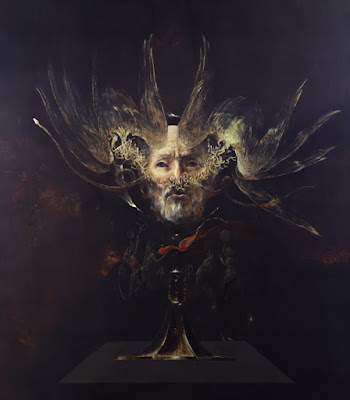 Looking at Kostromitin's work you might think, "I bet this guy does covers for satanic heavy metal bands." And sure enough, this is an album cover commissioned by a Polish band called Behemoth. The painting is titled Chalice of Severance. 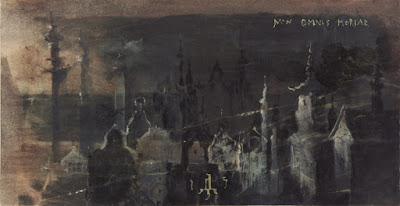 Dream of the Angel of Empathy and the City of the Great Plague, 2014. 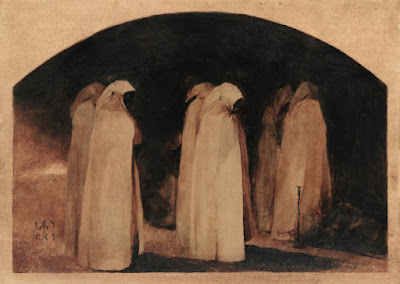 This is titled Study for Hypocrites (illustration for Divine Comedy by Dante Alighieri/Inferno, Canto 23), after Francisco Goya after John Flaxman (2015). A work with a lineage. 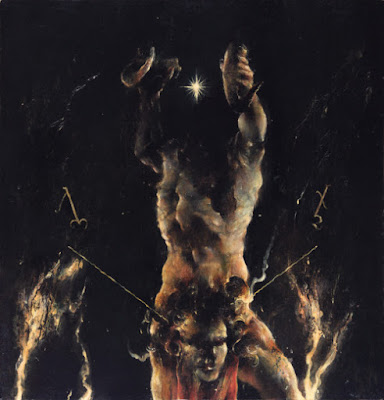 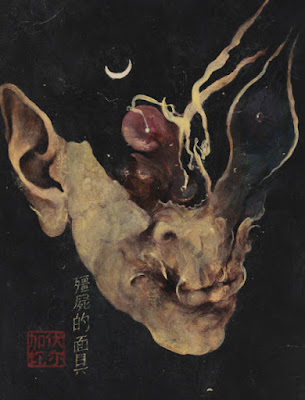 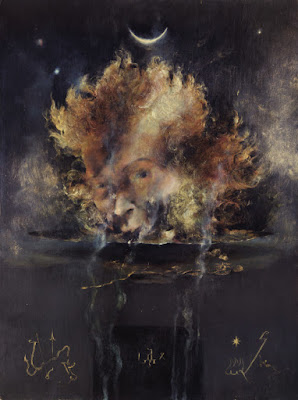