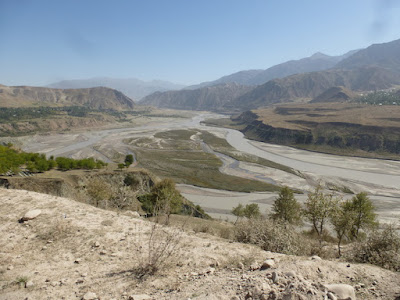 Where the Oxus and Murghab rivers run down from the mountains to the central Asian plain, they form fertile deltas. The Greeks called this land Bactria, and the Persians Margiana; now is it divided between Uzbekistan, Tajikistan, and Afghanistan. 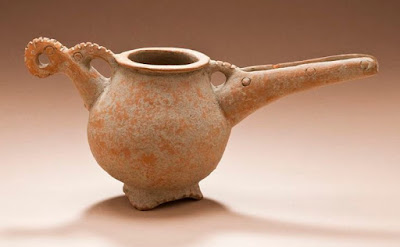 Farmers first came to this land around 6500 BCE, in the Neolithic. They did the usual Neolithic things, farming and herding goats and building villages. Then around 2200 BCE they began to build cities and fortresses, amass treasures of gold and gems, craft cunning metal weapons, and do the other morally dubious things that we call civilization. 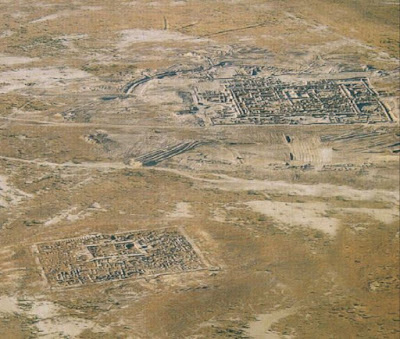 This civilization remained obscure until fifty years ago, known only from the odd artifact that showed up in the antiquities markets of Kabul or Samarkand. In the 1970s Russian archaeologist Viktor Sarianidi began systematically exploring mound sites in this region. He named the culture he unearthed the Bactria-Margiana Archaeological Complex. These days it is often called simply Bactrian, or Oxus River. One of its greatest sites is Gonur, shown in an aerial photo above. This site was occupied for only about 200 years, because the Murghab River changed course and left it high and dry. 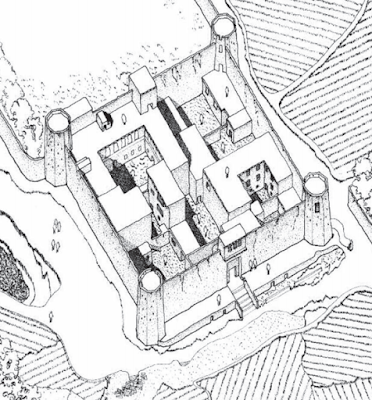 Quite a few sites of this period are known. Many towns had a semi-detached citadel like the one shown above. They resemble the medieval forms from the same region known as Qalas, so that is what Sarianidi calls them. The citadel at Gonur measured about 350 by 600 feet (100 x 180 m).

These people traded with Mesopotamia and the Indus Valley (as shown by seals like this one). 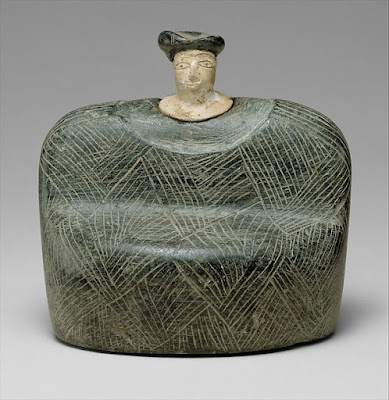 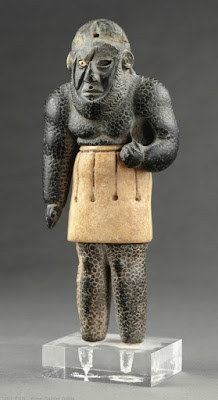 The most famous artifacts of these people are the small "composite figurines" made of two types of stone, depicting either mother-goddesses or scar-faced demons. 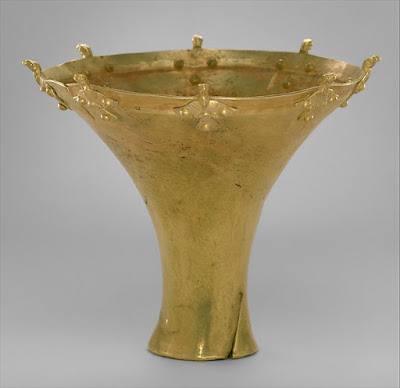 But they made other wonderful things. This electrum beaker came from a royal tomb at Gonur. 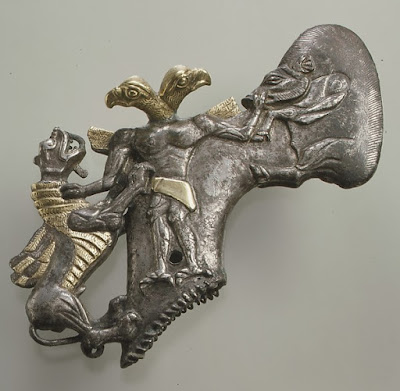 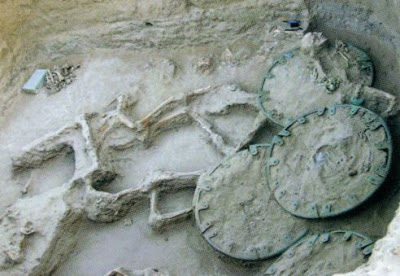 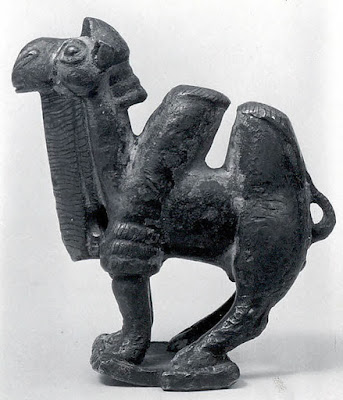 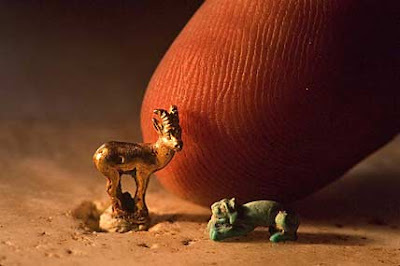 Many small animal figurines have been found, some of them truly tiny. 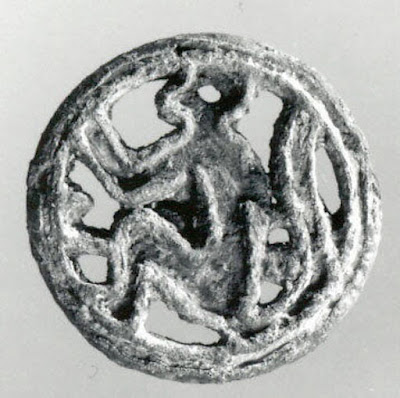 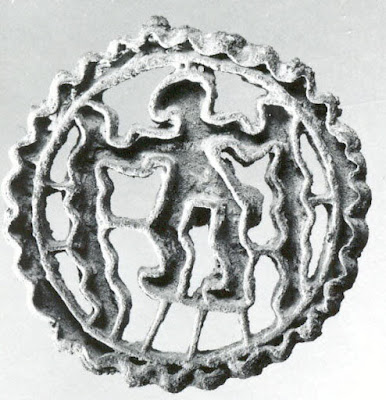 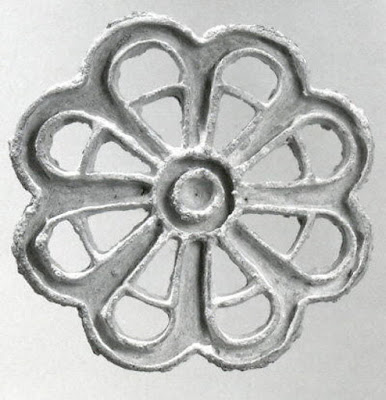 The most common objects in western museums are stamp seals. They come in many different forms – abstract designs, animals, people. 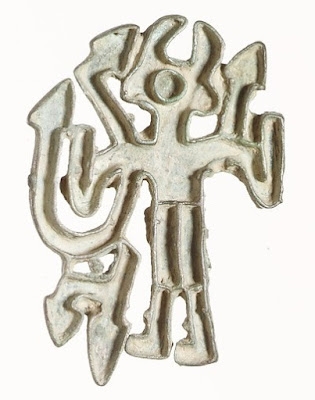 This small seal fascinates me. The horns mark the figure as a god or demon, and the arrows probably indicate lighting. So, a thunder god or lightning demon. 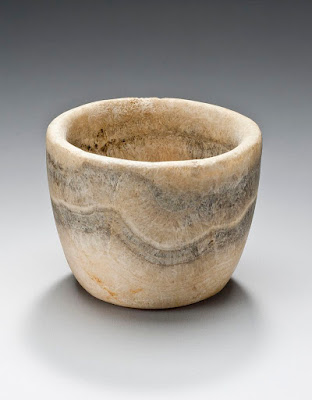 After 1800 BCE the towns declined and their distinctive civilization disappeared. Perhaps a long drought destabilized their fragile agricultural system, or trade routes shifted, or powerful enemies appeared. Nobody really knows. 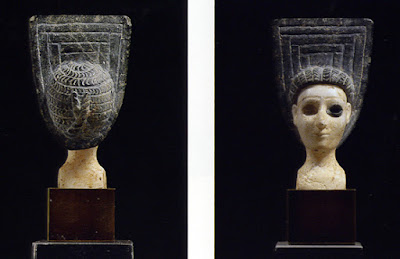 The timing and geography seem right for these people to have been the hypothetical Indo-Aryans, the people who spoke the Indo-European tongue that was the common ancestor of Sanskrit and Old Persian. But their culture has no obvious connection with the western steppes, and seems actually to evolve rather naturally out of the Neolithic cultures that preceded it. So this remains speculation. 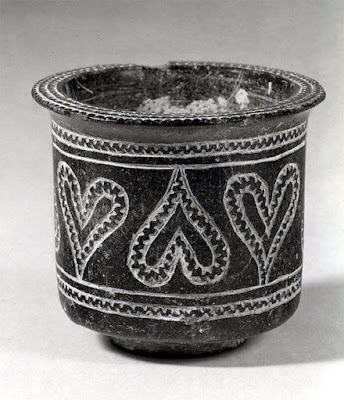 Fascinating to think that a great Bronze Age civilization could have remained almost unknown until such recent times.
Posted by John at 6:33 AM