Bronze in 4700 BCE; or, the Metalsmiths of Pločnik, Technology, and Social Change

The Bronze Age, as everybody knows, began in the Middle East around 3300 BCE. You can look it up.

So what is one to make of claims coming out of southeastern Europe of real bronze -- alloys of copper and tin -- made as early as 4700 BCE? I think these discoveries are an interesting lesson in the complex relationship between new technology and cultural change. 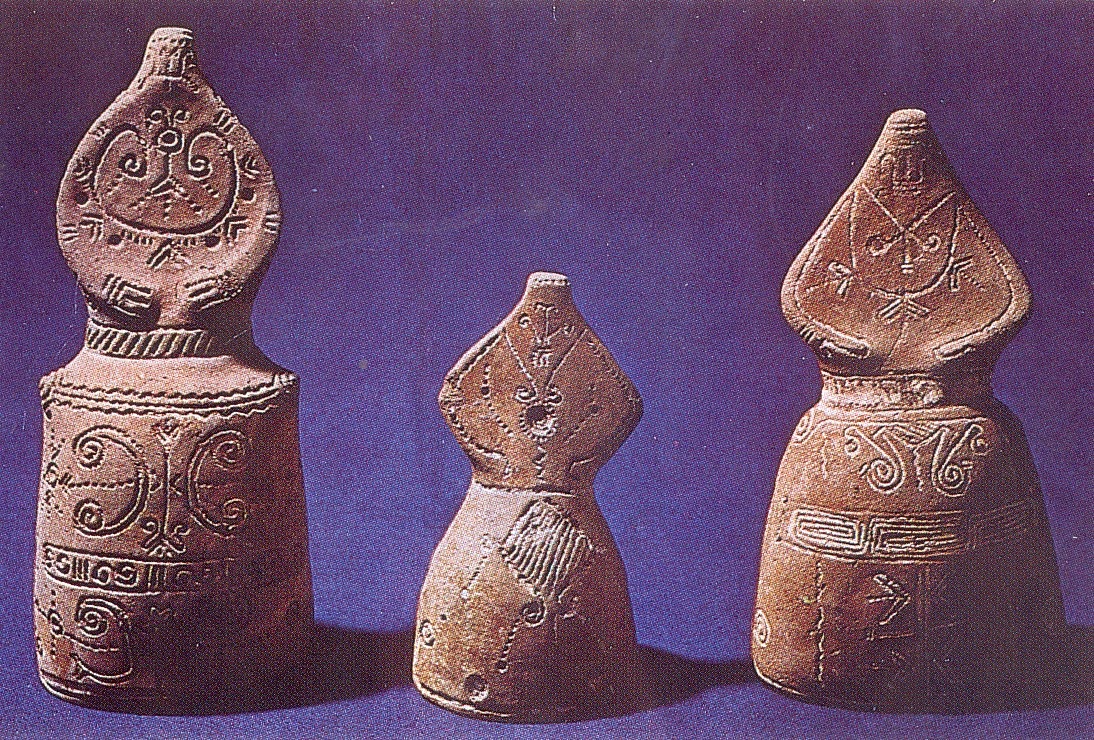 The early bronze artifacts recently discovered at Pločnik in Serbia were ornaments, a ring and a piece of foil. They were not tools or weapons. This is characteristic of the "copper age" cultures of Europe, such as the Cucuteni culture of Romania and the Vinča culture of the upper Danube, of which Pločnik is part. These copper age cultures are quite fascinating. They had sizable towns with impressive walls and produced remarkable pottery and numerous other art forms, like these figurines of women in fancy dresses. They had quite a bit of skill with metal. But they were still effectively in the stone age. 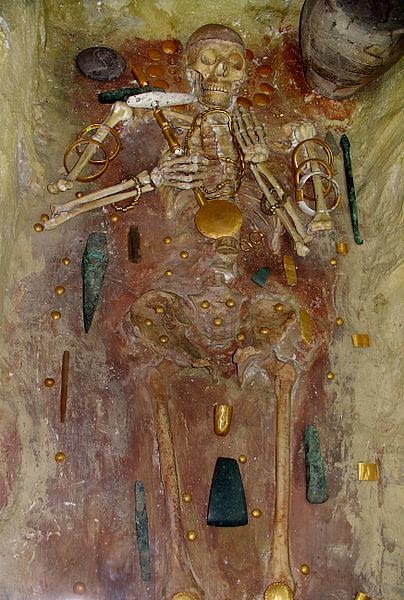 Consider the famous "golden man" burial from Varna in Bulgaria, dating to around 4200 BCE.  Once you get past wondering about the gold penis sheath you will notice that most of the metal objects are ornamental, while the useful ones -- the ax heads, for example -- are mostly stone. Copper ax heads are known from this culture -- Oetzi the "ice man" was carrying one -- as are a few other tools like chisels and spear heads. But for all these purposes copper is no better than stone, and generally it is worse. If you tried to cut down a large tree with a copper ax you would have to sharpen it so often it would be half gone by the time you finished. 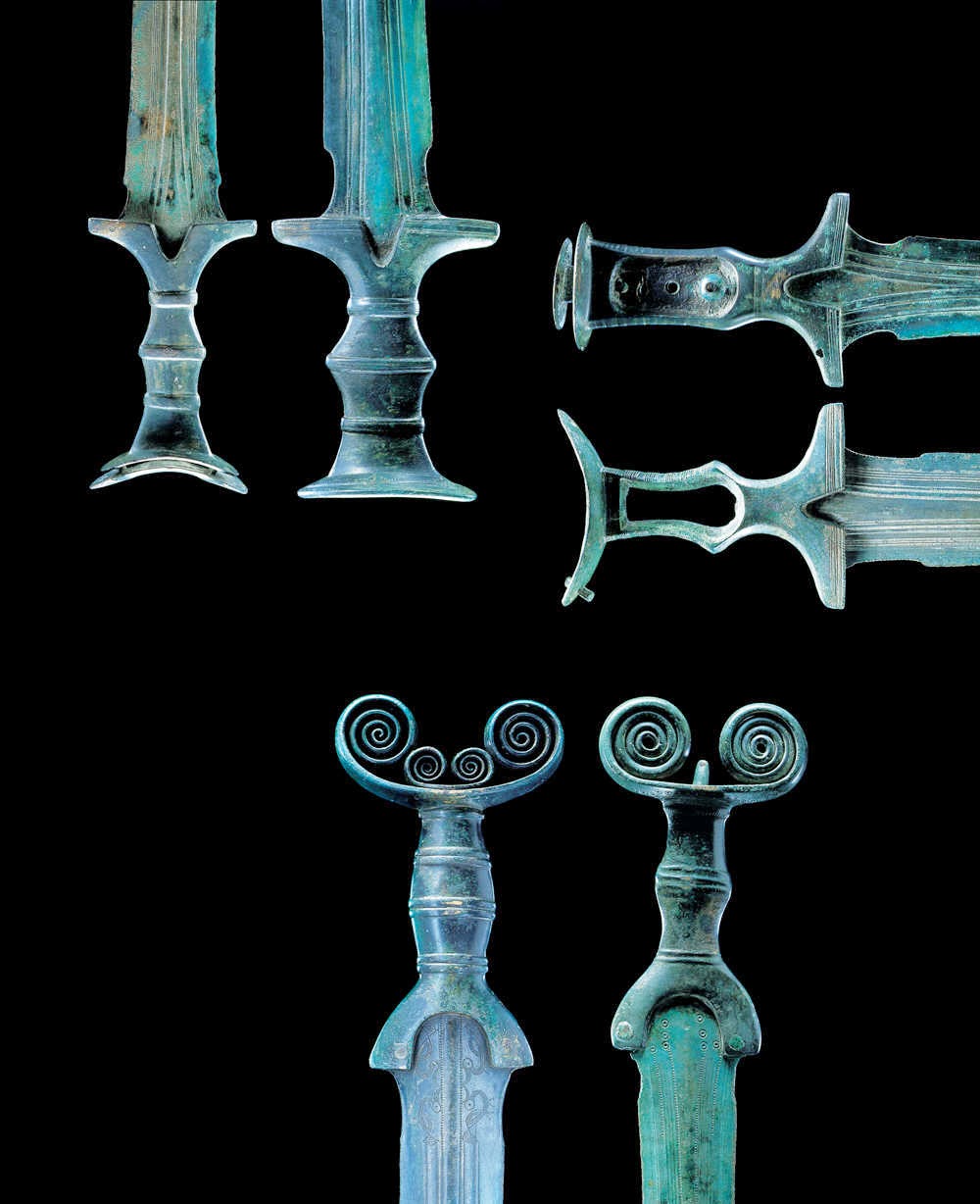 Bronze is a different proposition. Properly made bronze axes are quite hard and strong; bronze swords are formidable weapons. An army armed and armored with bronze would have a decisive advantage over one equipped only with stone or copper weapons. 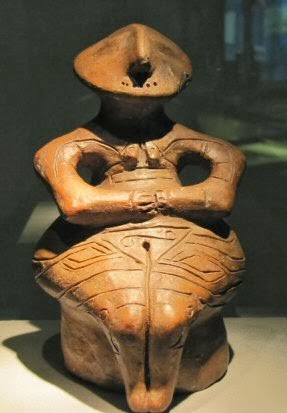 And this is what makes the finds from Pločnik interesting. Pločnik is one of the larger copper age towns, measuring 120 hectares or nearly 300 acres. It was occupied between 5400 and 4700 BCE. Excavations have been going on for years.


The findings suggest an advanced division of labor and organization. Houses had stoves, there were special holes for trash, and the dead were buried in a tidy necropolis. People slept on woollen mats and fur, made clothes of wool, flax and leather, and kept animals. The community was especially fond of children. Artefacts include toys such as animals and rattles of clay, and small, clumsily crafted pots apparently made by children at playtime. 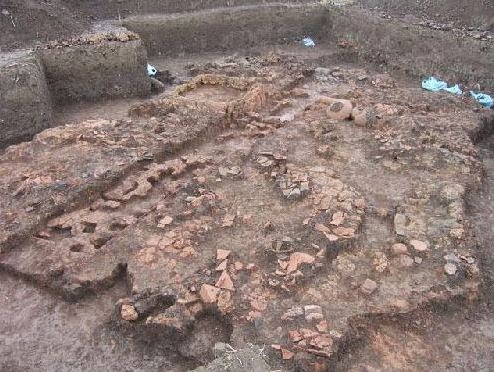 The metal workshop in the town was unearthed in 2007, but the full analysis has only recently been published:


"These latest findings show that the Vinča culture was from the very beginning a metallurgical culture," said archaeologist Dusan Sljivar of Serbia’s National Museum. "They knew how to find minerals, to transport them and melt them into tools." The metal workshop in Pločnik was a room of some 25 square meters, with walls built out of wood coated with clay. The furnace, built on the outside of the room, featured earthen pipe-like air vents with hundreds of tiny holes in them and a prototype chimney to ensure air goes into the furnace to feed the fire and smoke comes out safely. Sljivar said the early metal workers very likely experimented with colorful minerals that caught their eye – blue azurite, bright green malachite and red cuprite, all containing copper – as evidenced by malachite traces found on the inside of a pot. 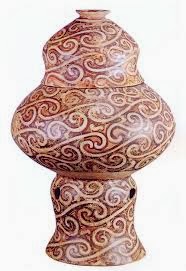 So these people had, by 4700 BCE, all the knowledge necessary to create a real Bronze Age technology. Notice that they built up this knowledge by messing around with different brightly-colored rocks and seeing what happened when they put them in the smelter. This is the only way such knowledge could be obtained, and it shows again that technological progress often requires that people be given the time and financial support to mess around until they come up with something. The metal smiths must have been supported by the elite that dominated these towns, whose status is shown in burials like the one from Varna. 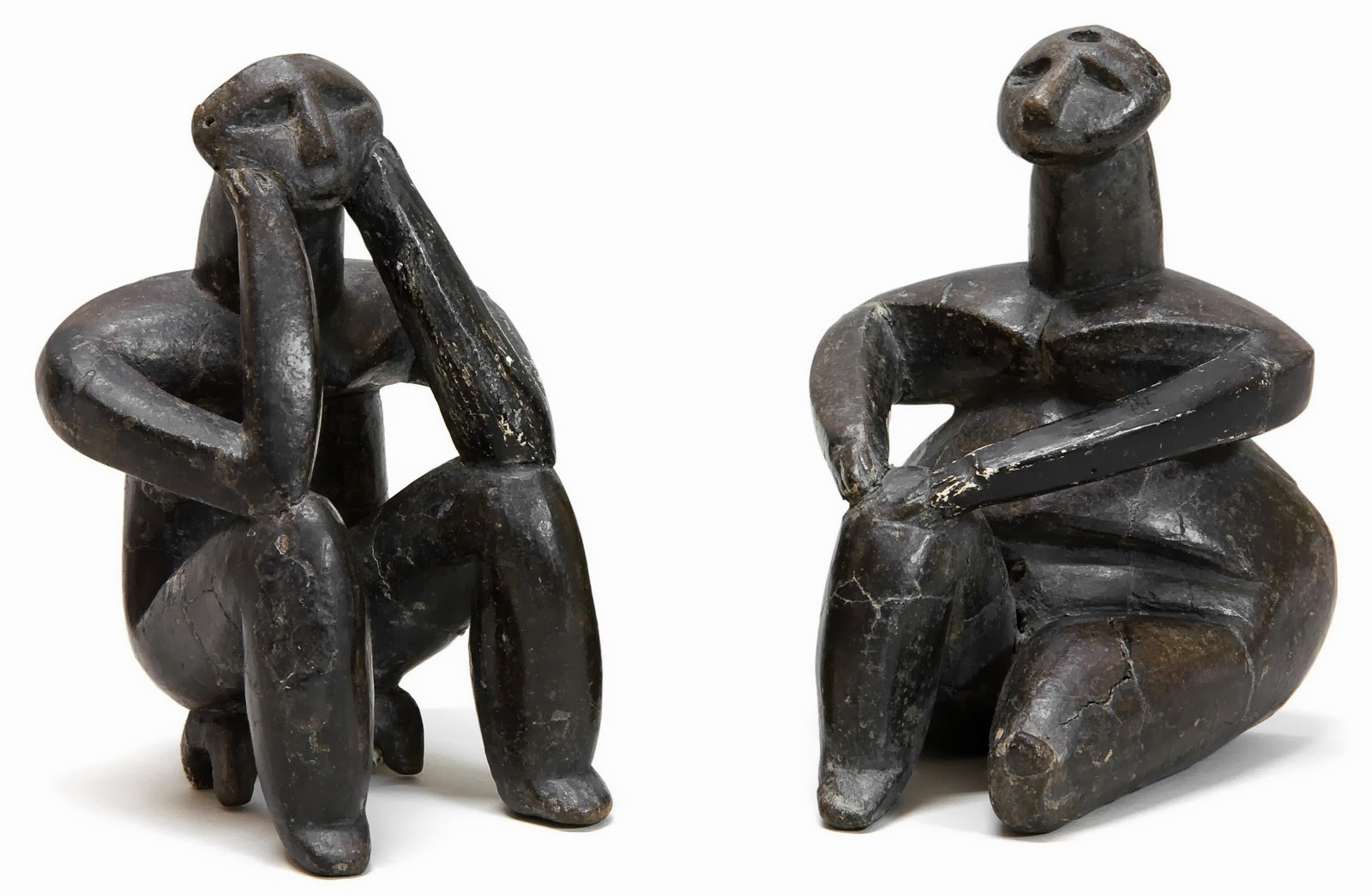 But after developing this awesome technology, the people of Pločnik used it for making different kinds of ornaments. The elite used bronze to reinforce their social status through new kinds of display. They did not use it to make their army stronger or the lives of their woodworkers easier. As British archaeologist Colin Renfrew once wrote, ‘early copper does not produce anything useful at all.’

Having mastered bronze technology and made little use of it, they then forgot it. This is the other fascinating thing about the metal technology of the European copper age; after 4000 BCE it disappeared, and so far as we know metal tools were not made in this area again until after 2500 BCE, when mature bronze technology was re-introduced from the Middle East. It strikes me that when a whole people can forget how to do something, they have not really incorporated that knowledge into the routines of their culture. 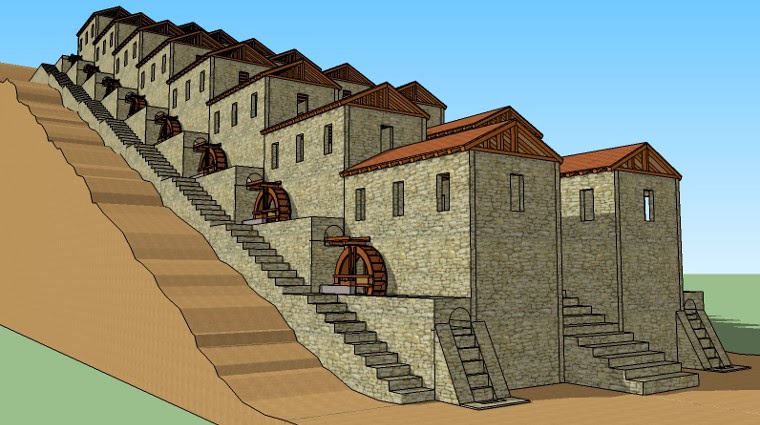 Technology creates social or economic change only when somebody chooses to deploy it on a large scale. For some technologies, such as the bow and arrow, the investment needed was small and every man could choose for himself whether to take up the bow. But for something that required a large investment, like water mills or bronze smelting, this was a political decision that could only be made by a whole community or its leaders. Often they said no. In most past societies, the power to invest in a new technology resided with a narrow elite, and if they did not see any gain for themselves in making that investment, they did not do it. Thus the Romans could build sophisticated water mills but built few; from the point of view of their elite, this would only put some of their slaves out of work, so why bother? They did not start building mills like the one at Barbegal in France (above) on a large scale until the troubles of the fifth century, when they began to experience labor shortages, and even then they built very few compared to the astonishing proliferation of mills in the Middle Ages. 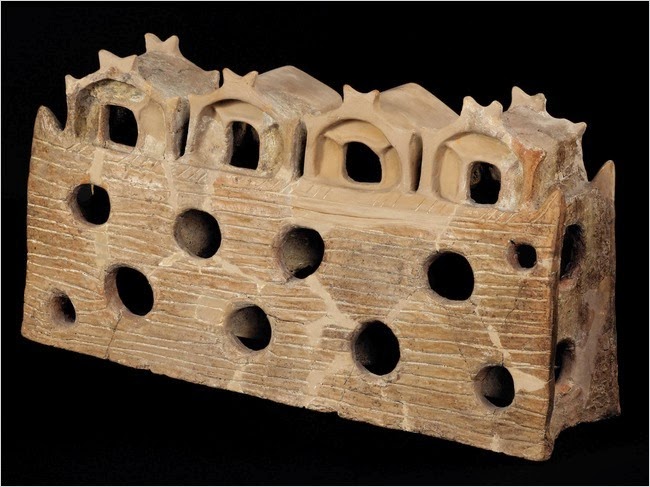 Not everyone who knew how to make bronze was part of the Bronze Age. The Bronze Age began only after Middle Eastern city states decided to make bronze on a massive scale and systematically replace their stone weapons and cutting tools with metal. Only then did trade in copper and tin re-arrange whole economies; only then did the improved technology have real impacts on the productivity of workers or the deadliness of soldiers. Only then can we speak of a Bronze Age. The mere existence of bronze changed nothing.
Posted by John at 1:05 PM