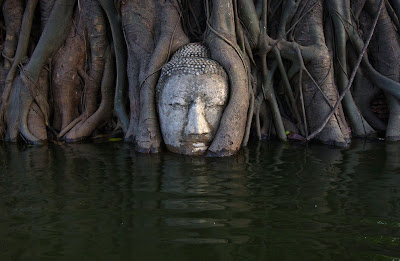 This month Thailand is experiencing the worst flooding in a generation, with 6 million hectares (15 million acres) of land submerged, much of it under several feet of water. Thailand has perennial flood problems, because of the basic facts of its geography: it is divided into mountainous areas, which block the monsoon clouds and experience heavy rain, and valleys, where all the people live. 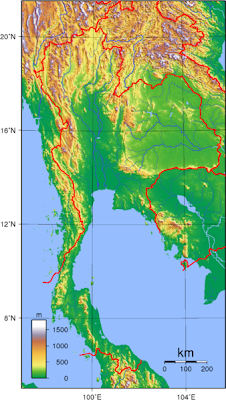 Above, a topographic map of the country. You can see what a great funnel for water the dark green, north to south valley of the Chao Phraya River is. 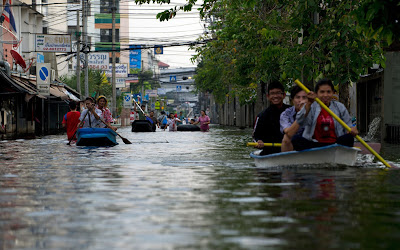 This year the rains were especially heavy, largely due to a couple of tropical storms. And, the city of Bangkok has grown so large that it fills the entire valley of the Chao Phraya River where the river meets the sea, so there is nowhere for the water to go except through residential and industrial districts of the city. 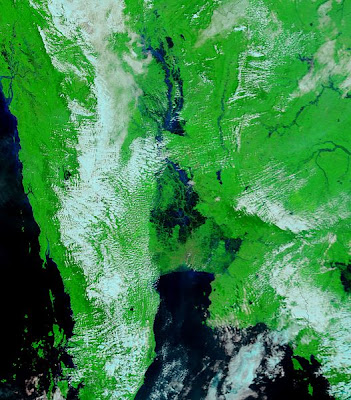 And here a recent false-color satellite image which shows water as black. Bangkok is located along the coast, at the head of the gulf in the center, and you can see that it is pretty much surrounded by flooded areas. All that water is now making its way through the city to the sea.

Wikipedia has a nice page on the flooding, and the Atlantic has an amazing slide show.