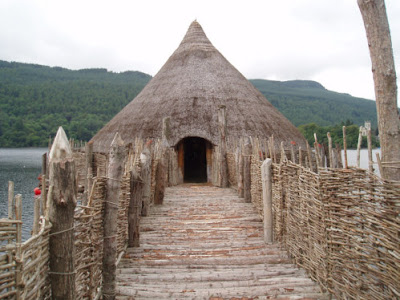 When we think of the Celtic world today we think of the Atlantic fringe of Europe: Ireland, western Scotland, Wales, Brittany. Historians are fairly certain, though, that Celtic culture first emerged in central Europe, along the great rivers that have their sources in the Alps: the Danube, the Rhine, and the Rhone. The artifacts and habits that define Celtic culture spread from there to Britain and Ireland some time between 500 and 50 BC. Caesar makes it clear that some of the Celtic rulers of Britain were recent immigrants from Gaul, closely related to important Gallic families, so the process may still have been going on in his time. Most historians imagine tribes of warlike Celts crossing the narrow seas to Britain, conquering the natives, and eventually imposing their language and culture throughout Britain and Ireland. 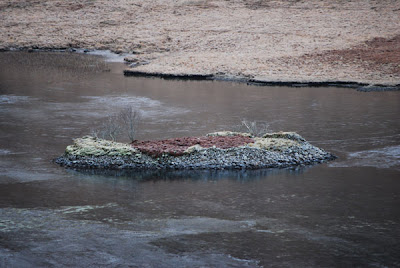 Many archaeologists hate this model. They look at the ordinary material culture of Britain and Ireland and see strong continuity from Bronze Age and even Neolithic times right down to the Roman Conquest (in Britain) or the conversion to Christianity (in Ireland). A good example of what they mean in the crannog. These are small settlements, found throughout Ireland, built in a lake, marsh, or bog. The foundation of the crannog is built of stone or wooden posts, and dirt is piled around and on top of them to make a stable island. With long experience the Irish got very good at this, and some of the better built crannogs are still islands 2000 years later. On the crannog was either a single structure like the one at the head of this post or a small farmyard with two to five. 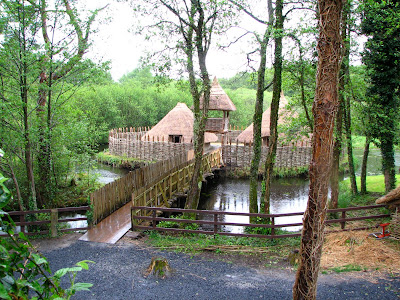 A fortified crannog like this one might have been the residence of one of the petty Irish "kings", of whom there were more than 200 across the island. 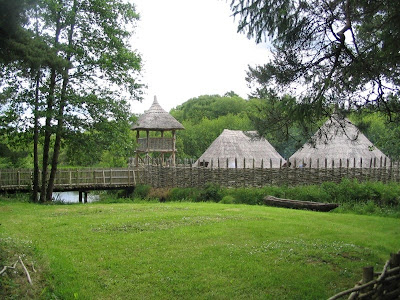 Crannogs, a very idiosyncratic style of building, were made in exactly the same way right across the period when the Celtic invasion and conquest might have taken place. The same goes for hundreds of other aspects of material culture, large and small. Hence the reluctance of archaeologists to believe in some catastrophic Celtic invasion.

I believe in the Celtic invasion, and I think a good model for how this might have happened is provided by Turkey. Go to a small village in central Anatolia and you will meet people who are speak Turkish and are defiantly proud of being Turks. Recent genetic studies, though, suggest that the central Asian contribution to their genes is no more than 10 percent. They are the descendants of the villagers who lived in Asia Minor before the first Turk set foot there. Nor is there any noticeable Turkish contribution to the houses they live in, their agriculture, or many other things about their culture. Even at the elite level the Turks adapted themselves as much to the culture of the people they conquered as the conquered did to them: consider the famous blue mosque in Constantinople, a copy of Constantine's Hagia Sophia. 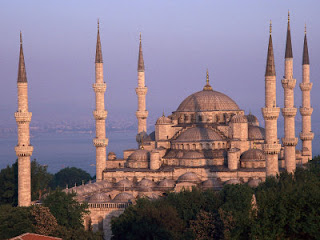 This is my model for how Ireland came to be Celtic: a few thousand invaders came, bristling with weapons, and conquered the island. Building was not something they were good at, so they moved into the houses of the local elites they slaughtered, or had their new serfs build them new houses using their traditional techniques. The conquerors' power, wealth, prestige, and connections to the international Celtic culture made their ways appealing to those they conquered, and over a period of 500 years or so the old languages died away and all the people of the island came to think of themselves as Celts, no matter who their ancestors were.
Posted by John at 8:22 AM