Tillia Tepe, The Hill of Gold 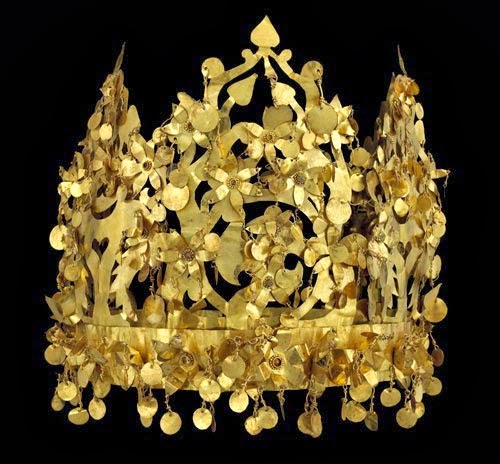 Tillia Tepe is an archaeological site in northwestern Afghanistan, where the mountains run down to the vast central Asian plain. It was excavated in 1978 by Soviet and Afghan archaeologists. Within an old fort dating to the Bronze Age were six princely burials dating to between 100 BCE and 100 CE. The people buried here seem to have been nomads, although exactly what sort remains disputed. Above, gold crown that was found disassembled, as if for carrying on nomadic journeys. 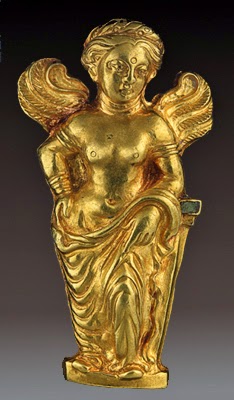 The six burials produced more than 20,000 pieces of gold, many of them small appliques like this one from Tomb VI. 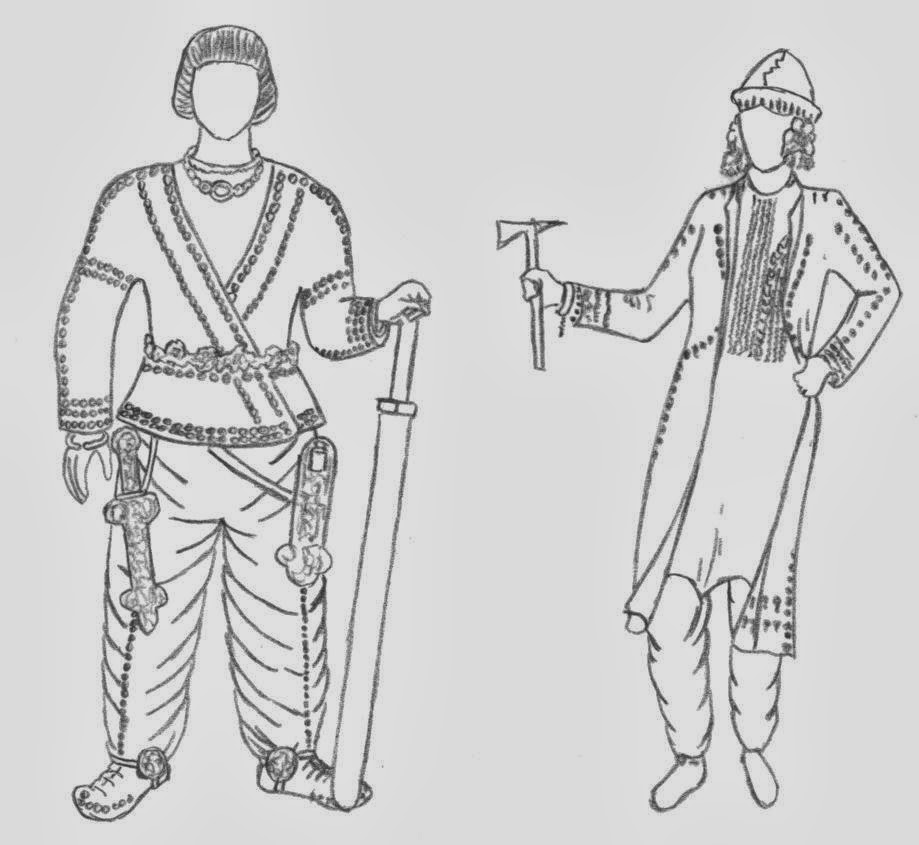 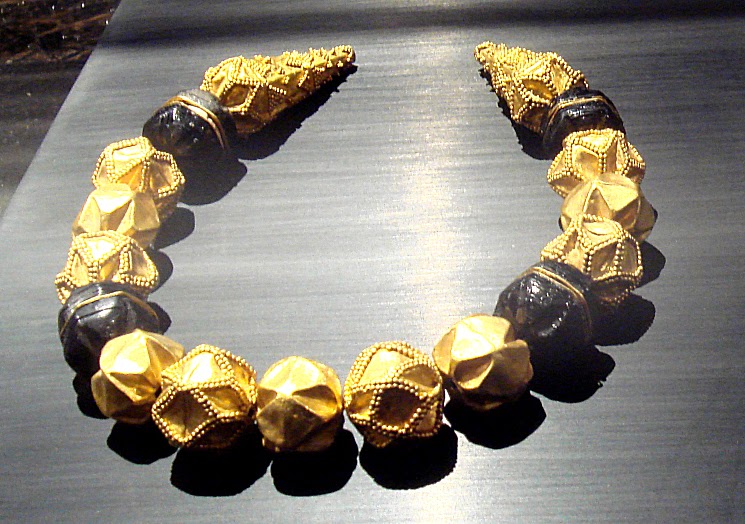 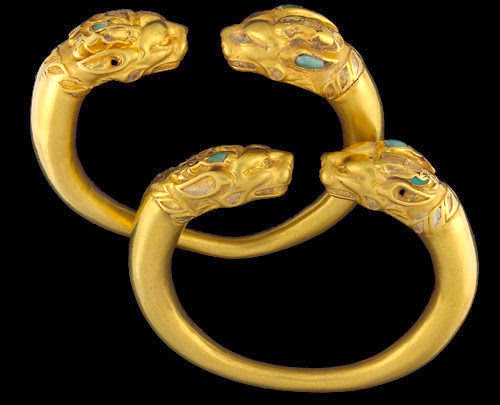 Bracelets and necklace from Tomb II. 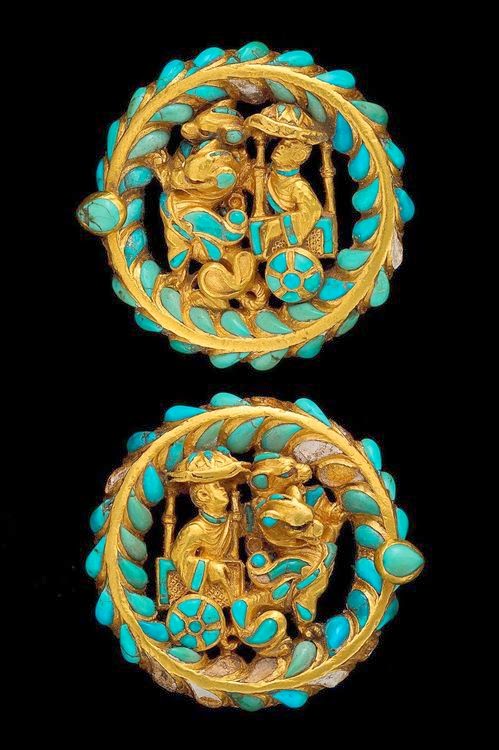 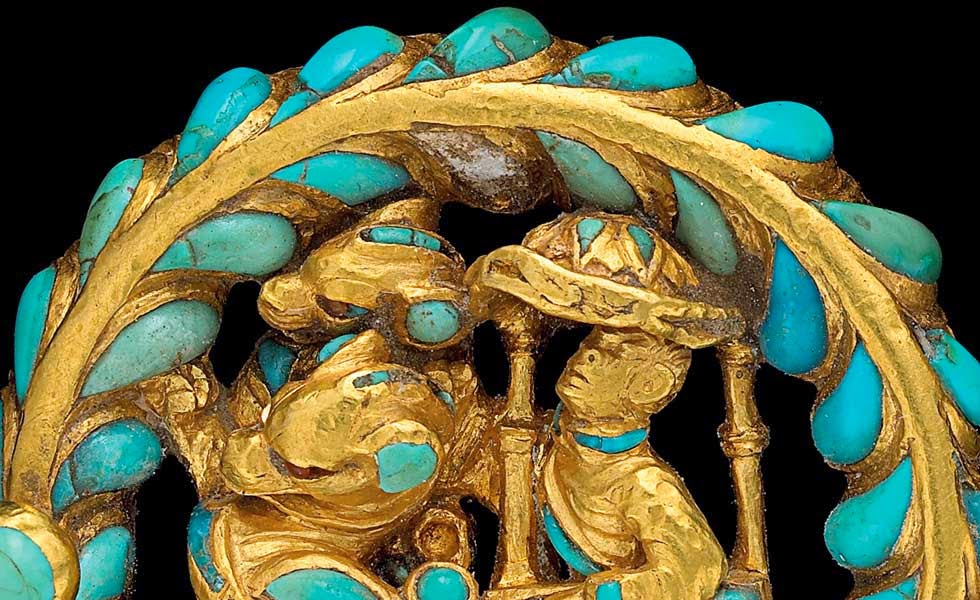 One of the fascinating things about the artifacts is the degree of cultural mixing they represent. These two gold, turquoise and carnelian boot buckles from Tomb IV depict a chariot drawn by dragons in a Chinese style. 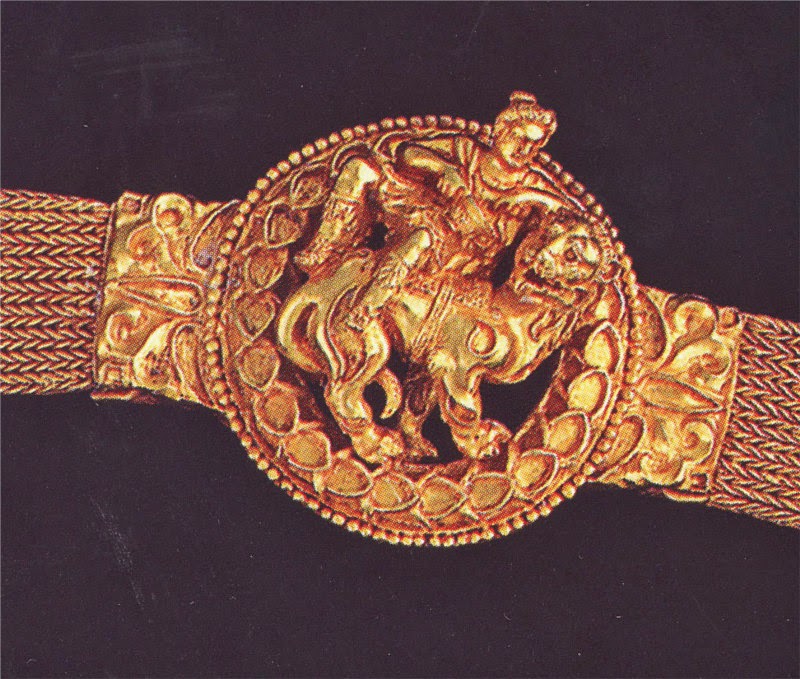 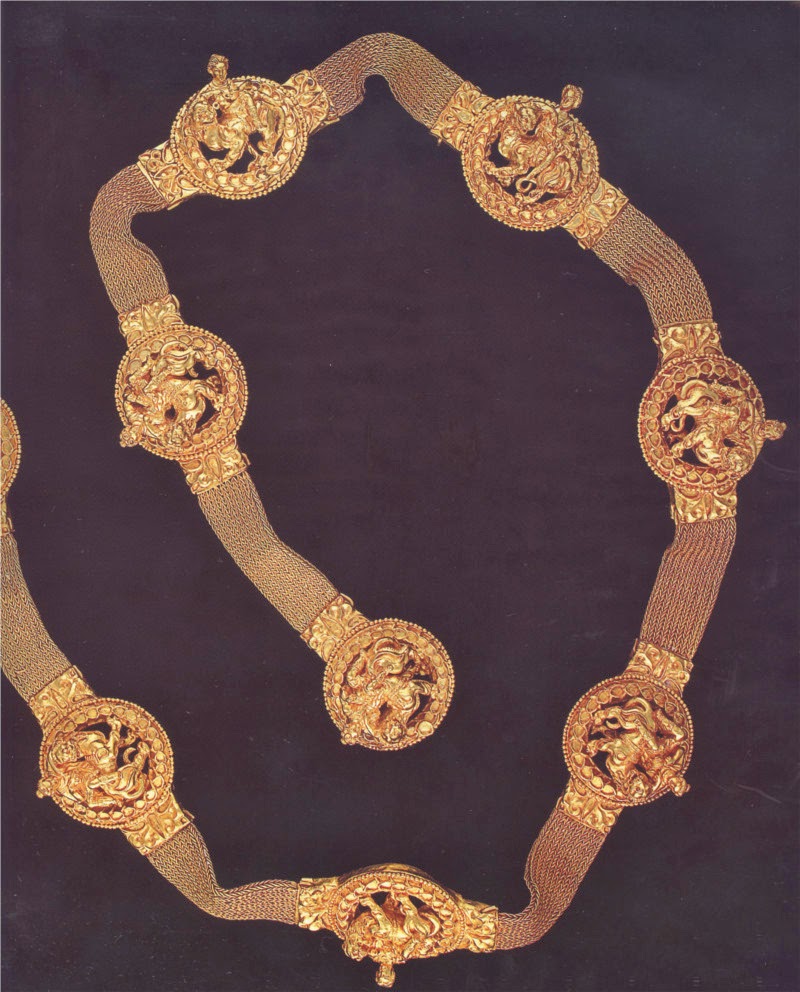 Other pieces look like Hellenistic Greek work. The medallions on this belt depict a god riding a panther, a pose often taken by Dionysus. The Greek kingdom set up by Alexander the Great in this part of the world lasted into the first century BCE. 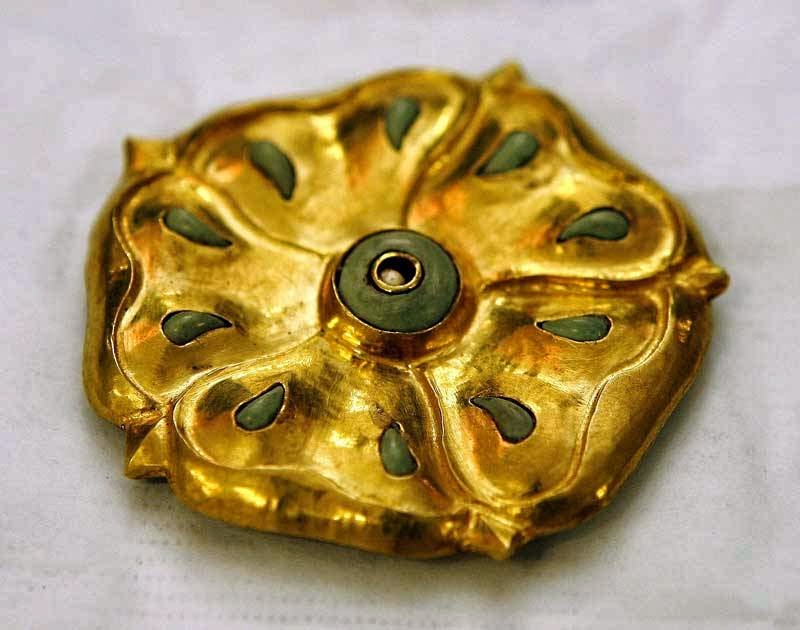 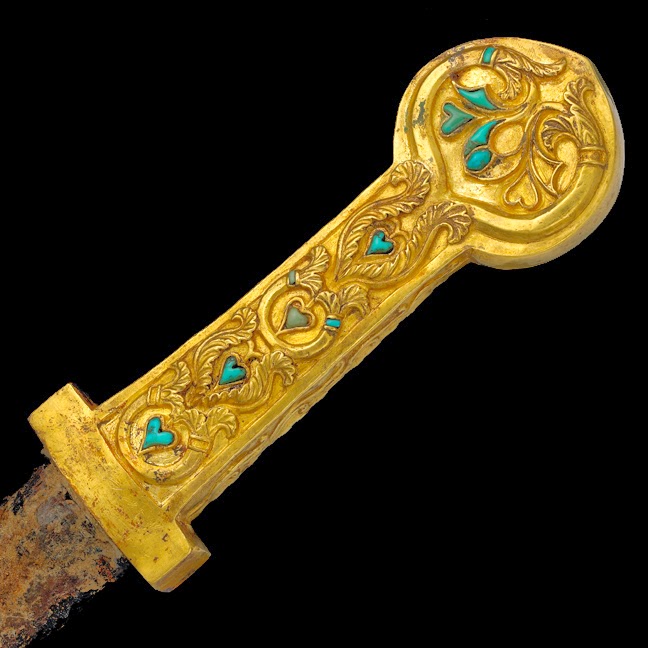 These pieces look like objects from Scythian or Sarmatian tombs. 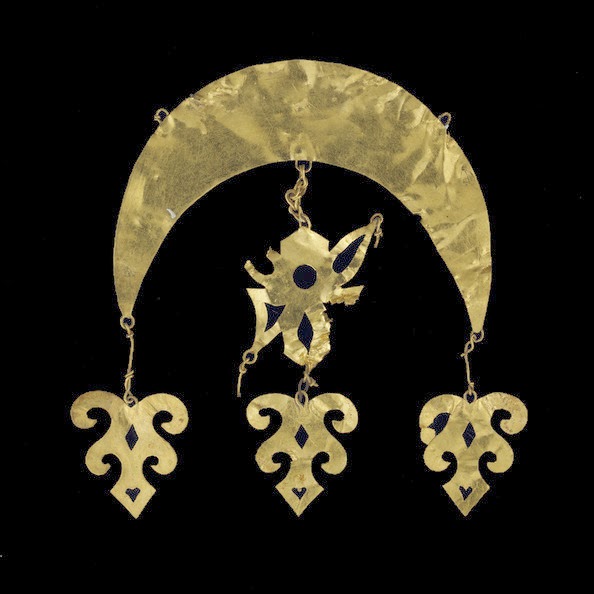 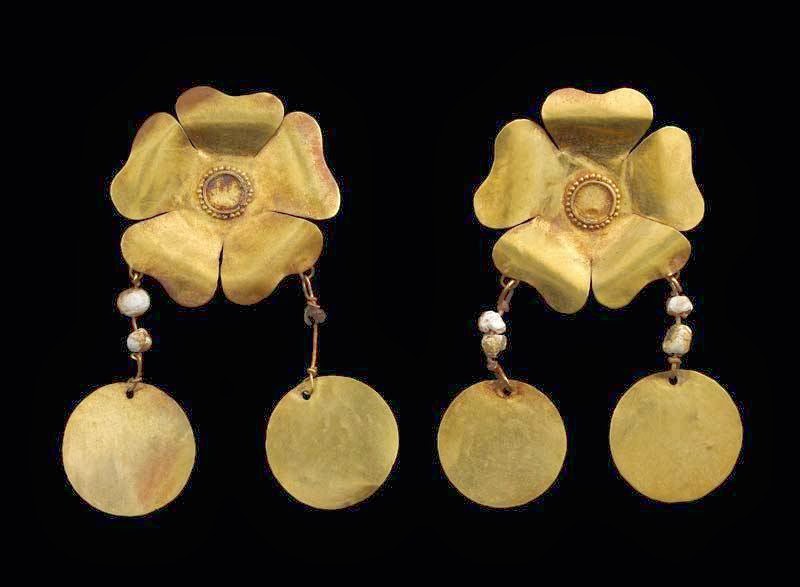 Hellenistic earrings and an ornament of unknown use, vaguely Chinese looking, measuring about 6 by 7 cm. 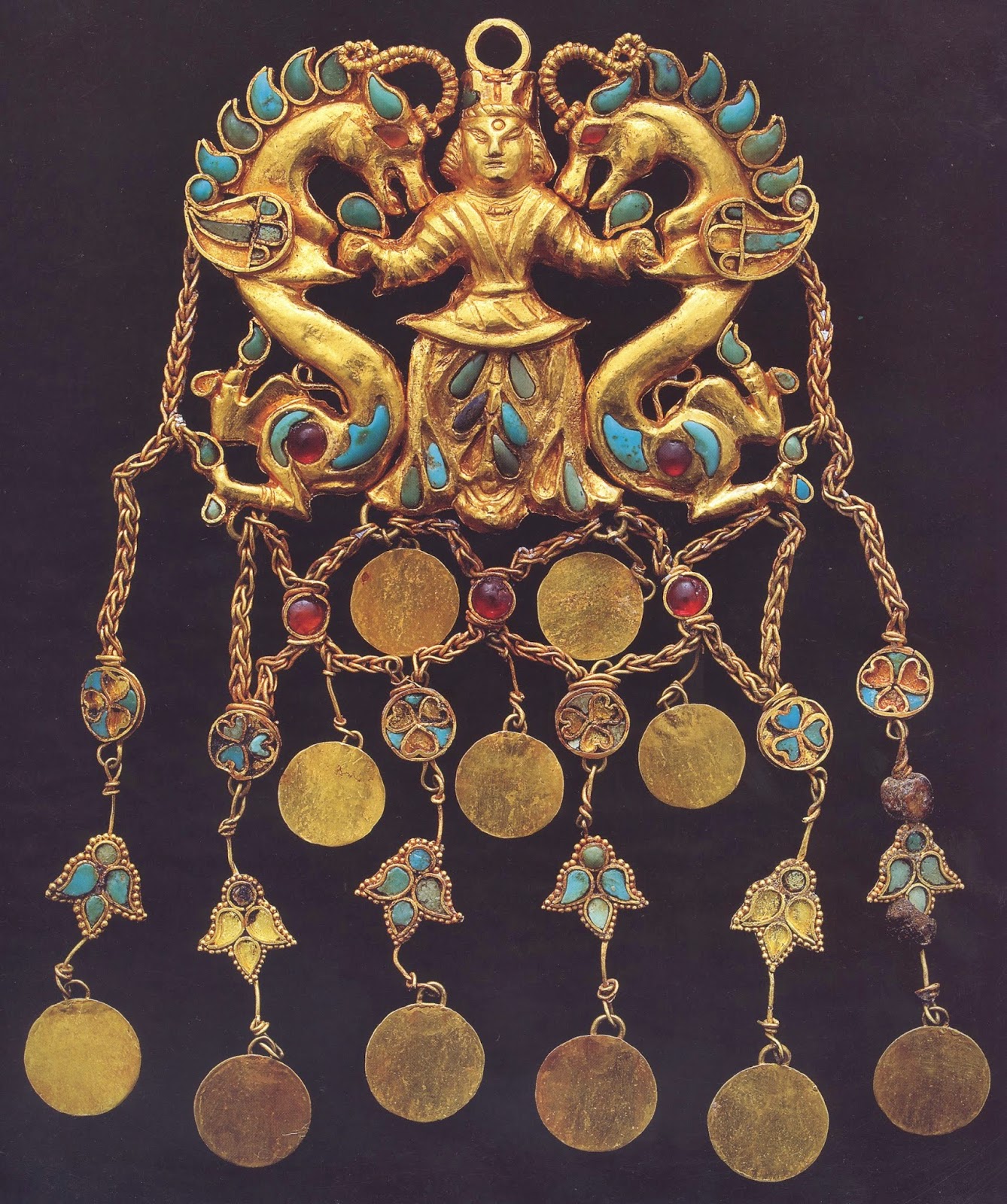 The famous dragon master. Truly an array of wonders.
Posted by John at 8:11 AM