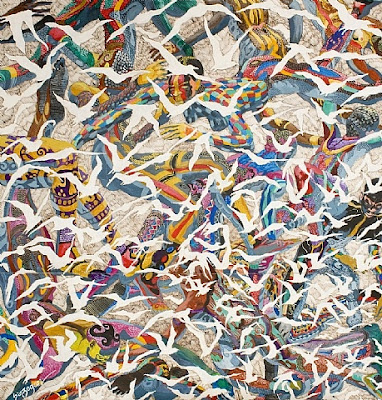 Contemporary artist, born in Benin in 1958, now living in France. He studied art in France and ran a computer graphics shop for a while before beginning to paint professionally. Unfortunately I can't find any images big enough to do justice to his highly complex works, mostly done with ink on paper. Above, Etat d’esprits: ceux d’en haut (Spirit Worlds: Those on High). As of October 2012 this one was for sale. 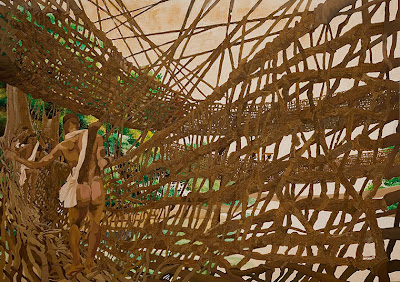 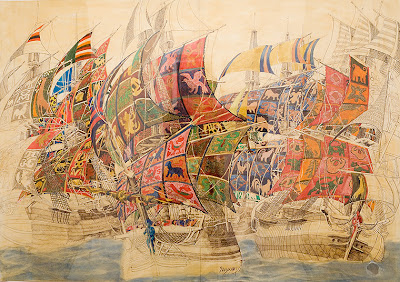 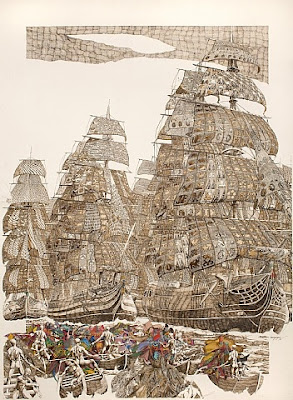 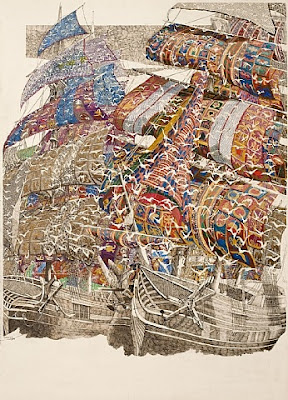 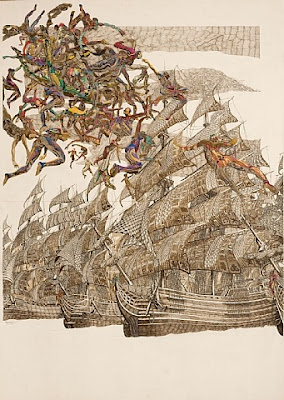 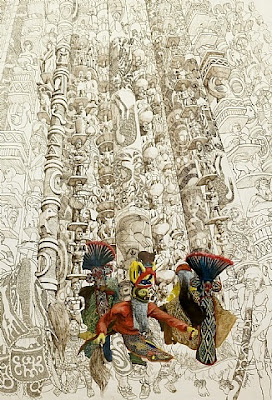 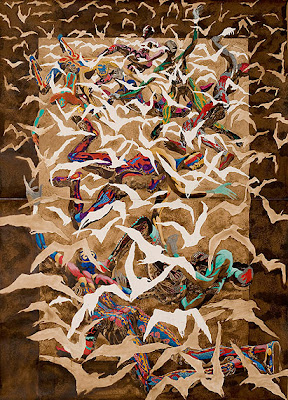 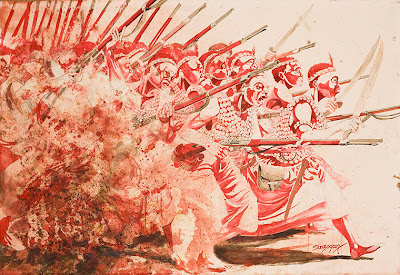 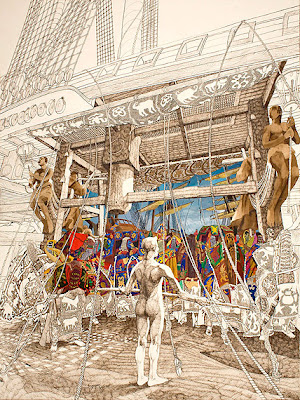 Gates of Return II, 2010. This image is, I think, the key to interpreting Sinzogan's ship drawings. The ships represent in some way the slave ships that carried so many Africans to their deaths. Yet they are not shown as death ships. They seem instead to be vehicles by which the spirit of Africa is carried across the ocean, and I would guess that the splashes of color represent that African spirit, which seems to be taking over these ships and transforming them into something quite different from their builders' intentions. Here we see, not the dreaded Gate of No Return, but a portal to a dazzling spirit world. Traditional west African religion included a belief in reincarnation, and this may show the slaves who died across the sea returning to their homelands to be born again. I love these images, and I am impressed by the approach to slavery's dark history. 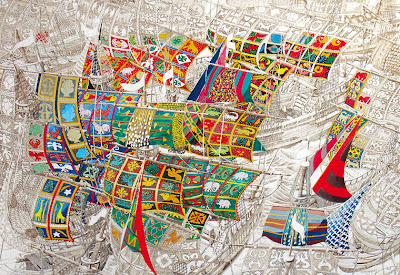