In response to more aggressive patrolling by the US, Colombian, and Mexican Navies, the cartels have been been smuggling cocaine out of Colombia on submarines: 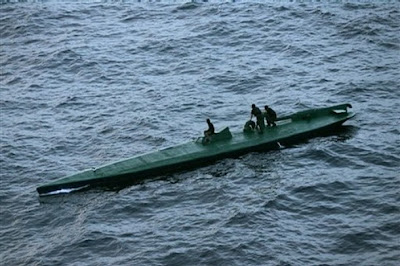 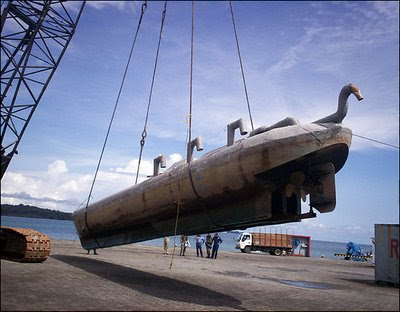 There's just something so Dr. No about criminals building their own submarines. From the Washington Post:

When anti-narcotics agents first heard that drug cartels were building an armada of submarines to transport cocaine, they thought it was a joke. Now U.S. law enforcement officials say that more than a third of the cocaine smuggled into the United States from Colombia travels in submersibles.

An experimental oddity just two years ago, these strange semi-submarines are the cutting edge of drug trafficking today. They ferry hundreds of tons of cocaine for powerful Mexican cartels that are taking over the Pacific Ocean route for most northbound shipments, according to the Colombian navy. . . .

The subs are powered by ordinary diesel engines and built of simple fiberglass in clandestine shipyards in the Colombian jungle. U.S. officials expect 70 or more to be launched this year with a potential cargo capacity of 380 tons of cocaine, worth billions of dollars in the United States. . . . The vessels do not fully submerge but skim the sea surface. They move quickly at night, then drift like sleeping whales during the day.