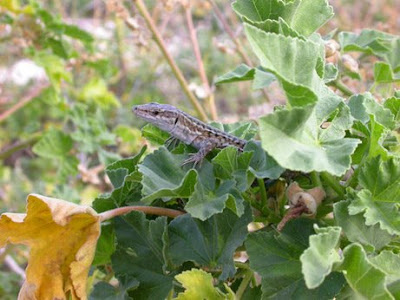 A small population of Italian lizards introduced onto a Costa Rican island has evolved very rapidly. In just 30 years:

The transplanted lizards adapted to their new environment in ways that expedited their evolution physically, Irschick explained.

Pod Mrcaru, for example, had an abundance of plants for the primarily insect-eating lizards to munch on. Physically, however, the lizards were not built to digest a vegetarian diet.

Researchers found that the lizards developed cecal valves—muscles between the large and small intestine—that slowed down food digestion in fermenting chambers, which allowed their bodies to process the vegetation's cellulose into volatile fatty acids.

"They evolved an expanded gut to allow them to process these leaves," Irschick said, adding it was something that had not been documented before. "This was a brand-new structure."