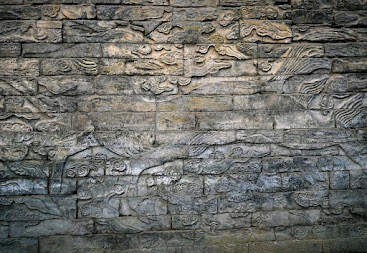 In Kaifeng, which was the capital of China during the Northern Song Dynasty (960-1127), there is a very old stone bridge, probably built in the eighth century. Chinese archaeologists were working at one end of the bridge last year when they discovered these amazing stone reliefs. They seem to have been added to the bridge in the 10th century. 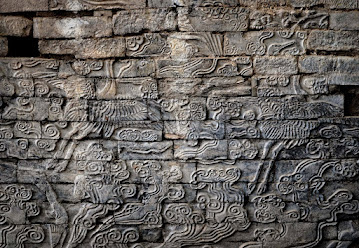 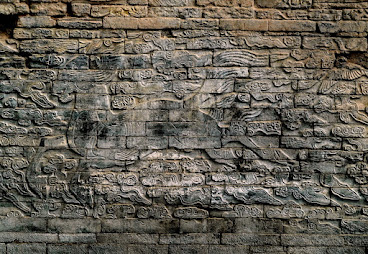 Below, details. For reasons I don't understand, all the news accounts refer to these as "stone murals." Translation error? Look closely and the second image above and you can see that the stone rows have shifted, and the bird's head is now three stones away from its neck. 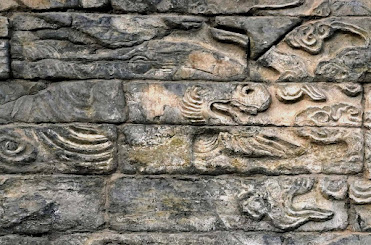 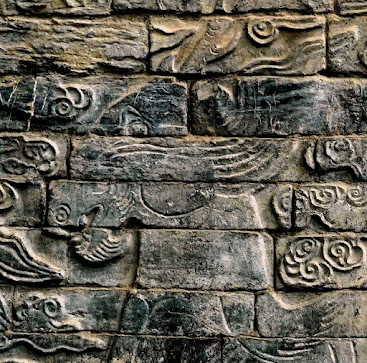 Below, details. For reasons I don't understand, all the news accounts refer to these as "stone murals." Translation error?

I think it depends on your definition of "mural".

If you're an Oxford adherent, they define mural as "a painting, usually a large one, done on a wall, sometimes on an outside wall of a building".

But Merriam-Webster defines the noun form of mural as "a mural work of art (such as a painting)", and the adjectival form of the word as:
1 : of, relating to, or resembling a wall
2 : applied to and made integral with a wall or ceiling surface

If we then consider the etymology - from French "mural", from Latin "muralis", from "murus" (wall) - I don't know about you, but I am strongly inclined toward Merriam-Webster's definition.

A mural, then, is a piece of art that is a permanent part of a structural surface, as opposed to something like a painting or a wall hanging that can be removed and relocated. This would logically include painted forms such as frescos and marouflages, but it would also include things like mosaics, relief carved / sculpted walls, etc.

I suppose one might argue this is something between a relief carving and a mosaic, since it's made up of individual relief carved bricks, but either way, it's still a kind of mural.